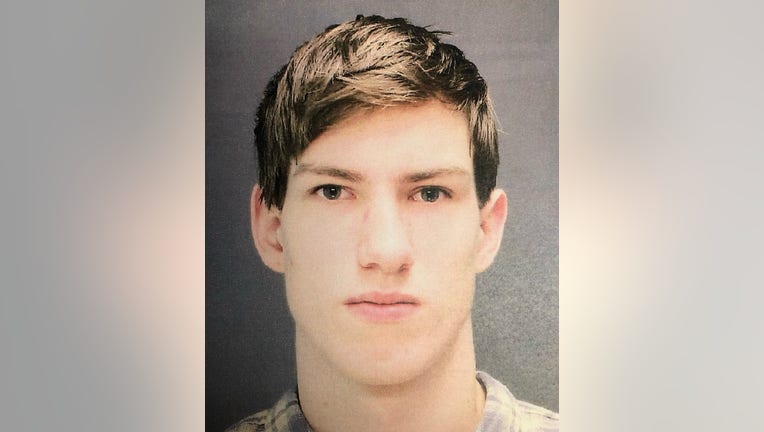 CHELTENHAM, Pa. - Montgomery County officials have charged an 18-year-old man with homicide by vehicle and DUI in connection with a crash that killed on person and seriously injured three others in January.

On Friday, officials announced the arrest of Alexander Koenigsberg in connection with the Jan. 23 crash that killed 20-year-old Nicholas Bednarek.

The crash occurred around 1:30 a.m. on the 1000 block of Greenwood Avenue. Cheltenham police responded to the crash scene and found four people inside a 2006 Honda Civic and Koenigsberg lying on the ground outside the vehicle with the driver’s side door open.

All Koenigsberg and the other four occupants were taken to local hospitals with serious injuries and Bednarek was pronounced dead later that morning.

Investigators say Koenigsberg was behind the wheel, traveling at least 62 mph in a 25 mph zone, when he lost control on a curve and struck a guard rail and two utility poles.

Further investigation into the events leading up to the crash determined that the group had attended a birthday party where no alcohol was served. Police say Koenigsberg and others had been leaving the party to drink alcohol in Koenigsberg’s vehicle and that empty alcohol bottles were found in the car after the crash.

A friend told detectives that they had attempted to take the keys from Koenigsberg multiple times but were unsuccessful.

The other occupants injured in the crash ranged in age from 17 to 20, and suffered injuries that included brain bleeds, broken skulls and vertebrae, and extensive internal injuries.

The Montgomery County District Attorney’s Office says Koenigsberg had a blood alcohol level of .136% and .165%. Testing also detected the presence of THC in his system, officials say.