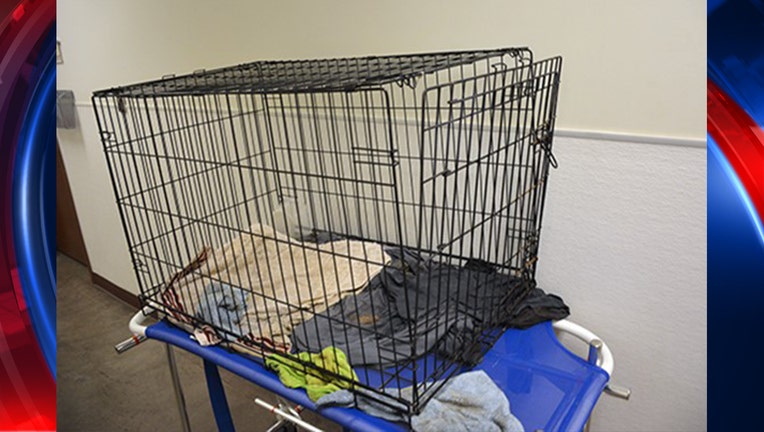 PHOENIX - Phoenix Police have finished their investigation into the death of a German shepherd that was left outside Friday while locked in a crate.

Police say no charges will be filed and no additional information will be provided now that the investigation has concluded.

MCACC posted a photo of the crate Friday afternoon on Facebook saying the crate was found near the area of 32nd Street and Broadway sometime before 1:03 p.m. on Friday, with a purebred German shepherd probably around four to five years of age inside.

"To give you an idea how high that is, a normal dog's temperature is somewhere between 101° F and 102° F," said Santiago.

Despite efforts by medical staff members to save it, the dog eventually died.

MCACC officials believe someone had taken the dog to a veterinarian sometime on Friday, as there was a light blue "vet wrap" on the dog's left front paw, and its back right paw had been shaved for a blood pressure reading.