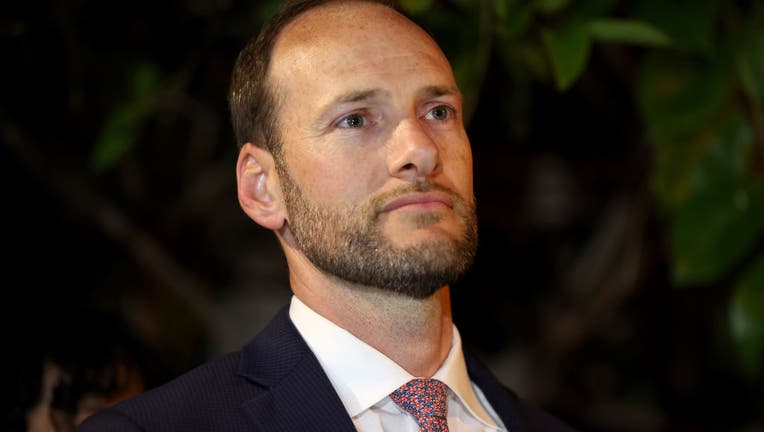 SAN FRANCISCO - Ousted San Francisco District Attorney Chesa Boudin, who was recalled two months ago, announced Thursday on Twitter that he will not run this fall to get his old job back.

"I am choosing to put my family first: I will not be running for office in 2022," Boudin tweeted in a long thread, acknowledging that those who are committed to reform will be disappointed with his choice.

While he cares about the criminal justice system, Boudin said he also cares about his family.

He wrote that his son "is on the verge of taking his first step and speaking his first word" and his wife's search on multiple sclerosis at UCSF "deserves the same support she has offered my work."

He also gave a nod to his father, David Gilbert, 77, who just came home from prison after more than 40 years. He had been a far-left activist who participated in the deadly 1981 robbery of a Brinks armored vehicle who was a member of the Weather Underground.

Boudin was recalled in June after many criticized his approach to criminal justice.

His recall – and the progressive vs. tough-on-crime dichotomy – received national attention.

Boudin, 41, was a first-time political candidate who narrowly won office in November 2019 as part of a national wave of progressive prosecutors who pledged to seek alternatives to incarceration, end the racist war on drugs and hold police officers to account.

But his time in office coincided with a frustrating and frightening pandemic in which viral footage of brazen shoplifting and attacks against mostly older Asian American people drove some residents to mount a recall campaign of the former public defender and son of left-wing activists.

San Francisco has long struggled with open drug dealing, vandalism, auto theft and home burglaries. Political experts say the political newcomer who narrowly won in 2019 was in the crosshairs of outside forces that made him an easy target for public frustration.

Boudin's Twitter thread did not mention whether he had hired any political consultants to determine whether he would win if he ran again or not.

Some had speculated that he might be able to get his seat back if he did run again, but no one had provided any statistics publicly to prove that.

On Thursday, Jenkins announced new, tougher policies cracking down on drug dealers, and took a swing at Boudin's more lenient approach in doing so.

In his thread, Boudin swung back: "I am gravely concerned by what I’ve seen from the current, appointed District Attorney. We have heard no assurances that the successful programs we’ve implemented will continue, and indeed, we see worrying signs every day as progress is rolled back."

The Associated Press contributed background to this report.