Prosecutors announced daycare worker 21-year-old Maggie Fruit was charged with attempted murder and endangering the welfare of a child.

LINDENWOLD, N.J. - A mother says a Camden County daycare worker tried to kill her 1-year-old son. The worker has been charged with attempted murder and endangering the welfare of a child.

"You put your hands on him. You tried to kill him," said Turquoise Moore as she cradled her bundle of joy 1-year-old Shiloh. She recalls what she says happened to his 18-pound body.

"She said what she said to his face and she went like that and he went flying," she said. Shiloh was at Forever Young Childcare Learning Center in Lindenwold when investigators say it happened last Thursday.

Over the weekend, prosecutors announced 21-year-old Maggie Fruit who is an employee was charged with attempted murder and endangering the welfare of a child. They said Fruit physically abused a 1-year-old and it was caught by a witness and on security cameras. That witness was Turquoise who was working in the infant room right next to her son's classroom.

"I heard him crying so I looked in and she had him face down with her hand behind his head holding him down on his mat," she said.

Turquoise while sitting next to her husband when FOX 29's Shawnette Wilson spoke to her Tuesday said the daycare director right away reviewed surveillance video.

"When I watched on camera I seen her lift him up, yell in his face and then throw him and he fell back and hit his head on the floor," she said.

She adds that while at the police station more shocking video was discovered.

"She put my son under a blanket and laid on the blanket and his body was like (moving) because he was trying to get out of the blanket," said Turquoise.

A document from the Office of the Camden County Prosecutor states that Fruit, "attempted to murder the victim by obstructing the airway by laying her body weight on top of the baby and covering the child's head with a blanket." 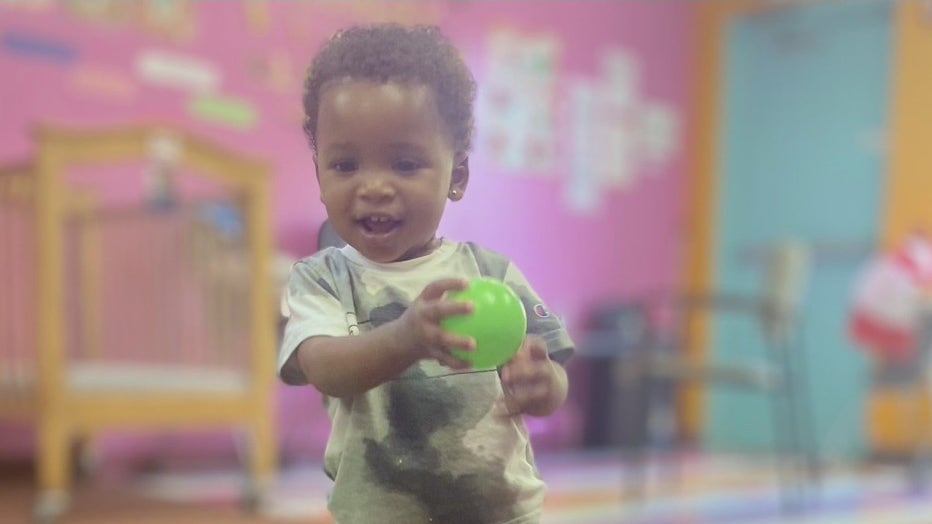 "Mom hasn’t slept in five days now. She never suffered from panic attacks. She maybe had 12 since then and multiple hospital visits," he said.

"I really want justice for my son. He couldn’t defend himself," said Turquoise.

Investigators say Fruit is also charged with physically abusing another child 30 minutes before the incident involving Shiloh. She has a pre-trial detention hearing Friday.