Rabbi Menachem Schmidt hosted seder dinner at B’nai Abraham Chabad Friday night as part of the "Fill an extra Seder seat" campaign to stand in solidarity with the people of Ukraine.

PHILADELPHIA - Members of Philadelphia's Jewish community gathered Friday to recognize Passover with a special seder in Society Hill to reflect on Jewish people trapped in Ukraine.

Rabbi Menachem Schmidt hosted Seder dinner at B’nai Abraham Chabad Friday night as part of the "Fill an extra Seder seat" campaign to stand in solidarity with the people of Ukraine.

"The idea is to open it up to anybody who wants to come and celebrate the holiday," Schmidt said. "We have to take a stand to make sure we are doing everything we can to bring goodness into the world, to make the world a better place, to help people who are in need."

Passover is the celebration of the emancipation of the Jewish people from slavery in Egypt.  At Seder, the story is retold with food, wine and reflection. 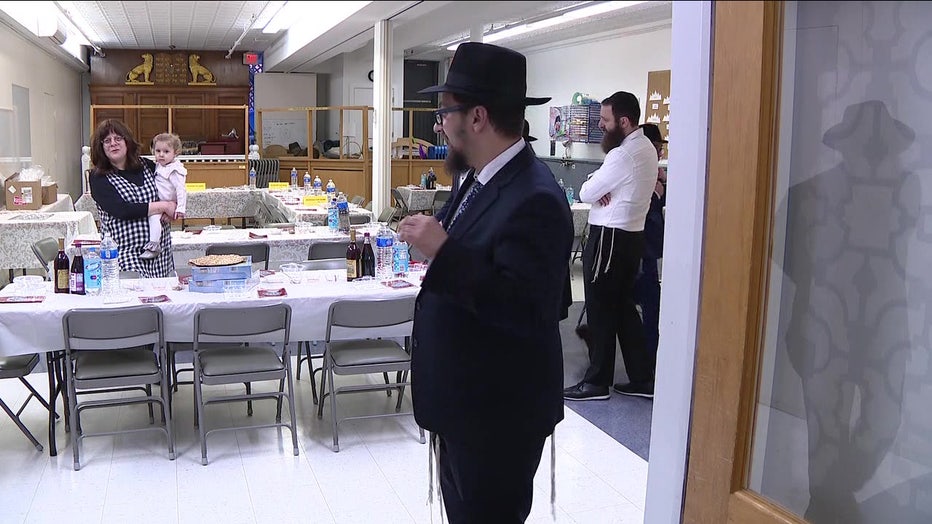 Amid ongoing war in Ukraine and the worsening humanitarian crisis, Rabbi Schmidt said this Passover is different. His family is originally from Ukraine, and he has modern-day ties.

"One of my best friend’s sister was there running a center just like this one. They left with the clothes on their back, drove for five days, ate nothing. The stories are harrowing," Rabbi Schmidt said.

More than 4 million people have fled Ukraine since Russia began its assault in February, according to the United Nations. Many refugees have fled to nearby Poland and other countries, including the United States, have made plans to welcome displaced Ukrainians.

There is a second Passover Seder happening at the synagogue Saturday night. Anyone can register by clicking the link.