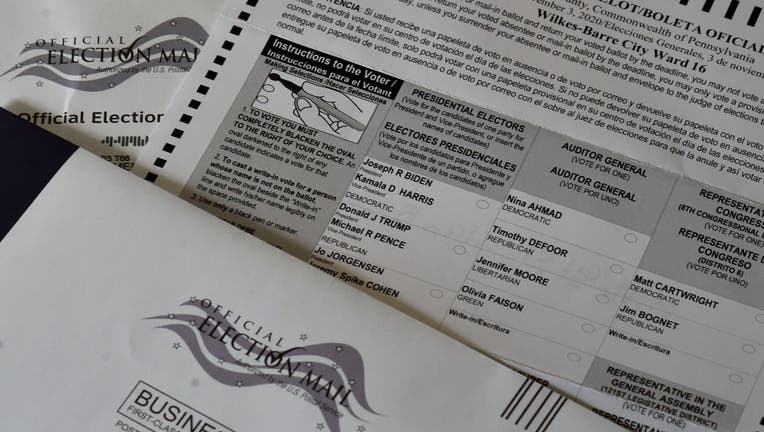 A view of an official Mail-in ballot for the 2020 general election. Mail-in Ballots have gone out and they are being returned. (Photo by Aimee Dilger/SOPA Images/LightRocket via Getty Images)

HARRISBURG, Pa. - Pennsylvania’s Supreme Court is prohibiting counties from rejecting ballots because the voter’s signature on it may not resemble their signature on their registration form.

The verdict was a victory for the state’s top election official, Kathy Boockvar, a Democrat who had asked the court to back her up in a legal dispute with President Donald Trump’s campaign and Republican lawmakers.

“Another win for voters in the Pennsylvania Supreme Court today: mail in ballots cannot be rejected based upon signature analysis. Voters who use a mail-in ballot have their identity verified in the initial application, often using a drivers’ license number. Pennsylvania’s voter identification system is safe and secure. We are protecting every eligible vote and ensuring each is counted. Make your plan to vote and we will keep doing our work to make sure your voice is heard."