But the statewide Commonwealth Court that issued the seven-page order did not immediately greenlight the release of some information that Democratic state Attorney General Josh Shapiro challenged as being protected by privacy laws.

In the unsigned order, the court said state officials and Democratic lawmakers did not persuade it that the subpoena issued in September by a Republican-controlled Senate committee had no legitimate legislative purpose.

The subpoena had requested a 17 categories of records, much of it public, but also wanted information the state attorney general’s office said is protected by privacy laws — namely voters’ partial Social Security numbers and driver’s license numbers and details about election systems that are barred from public disclosure by federal law governing critical infrastructure.

The court also declined to debate whether the subpoena was issued appropriately under internal Senate rules, saying it would leave that matter to the Senate.

It did not issue a hearing schedule or instructions on how it will handle the release of information potentially protected by privacy laws, including the partial Social Security and driver’s license numbers of roughly 9 million registered voters. 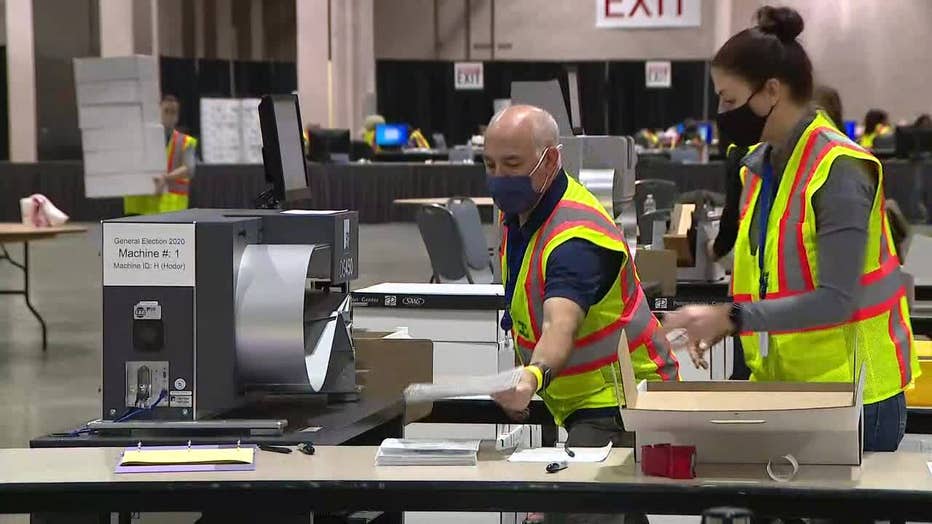 The Senate's highest-ranking member, President Pro Tempore Jake Corman, a gubernatorial candidate trying to establish his pro-Trump credentials, said in a statement that the ruling "upholds the General Assembly’s clear legal and constitutional authority to provide oversight of our election system."

Shapiro, who is also running for governor this year, said in a statement that the court recognized there are serious questions about the vendor hired by the Senate Republicans "to safeguard the private personal information of nine million Pennsylvania voters."

A five-judge panel of the court heard more than two hours of arguments last month in a case being decided against the backdrop of Trump urging allies in Pennsylvania and other battleground states to investigate his baseless claims of election fraud.

On the information about election systems, the court wrote that there is a "substantial factual question surrounding the federal protection requirements and the capability of the Senate Committee’s contracted vendor, Envoy Sage, LLC, to protect the infrastructure information."

Envoy Sage was hired by Senate Republicans on a no-bid contract with no public request for proposals, hardly any track record and no experience in elections.

The man who selected the firm, Sen. Cris Dush, R-Jefferson, advocated for overturning President Joe Biden’s 2020 victory in Pennsylvania, at one point saying "there was no election. There was a scam."

The undertaking has divided Republican senators. Critics in the caucus say Trump and his supporters expect nothing short of overturning the election.

Months earlier, Dush visited the widely criticized and partisan election review being carried out by Republicans in Arizona, and said he wanted to bring that model to Pennsylvania.

The subpoena in Pennsylvania stopped short of requesting ballots and voting machines, as was done in Arizona, until Dush wrote last month to request the digital data from the election computers and hardware used in the 2020 election by Fulton County, a sparsely populated and heavily Republican county.

On Monday, Dominion Voting Systems lost a bid in court to restrict any inspection of its voting machines to a laboratory that has specific credentials, which Envoy Sage does not have.

Dush had asked that Envoy Sage handle the matter, and a judge ordered state and county officials to work out an agreed-upon set of rules for an inspection. The deadline of Monday for that agreement was delayed.

Dush's office acknowledged that the Fulton County undertaking was not covered under the original $270,000 contract with Envoy Sage, and will require an addendum and an additional cost.