Residents in Philly suburbs still struggling to get vaccine appointments

People want to get vaccinated. They may even register for a COVID-19 vaccine but scoring that appointment has become an agonizing wait for some. It's a frustrating situation shared by officials and the public alike.

HARRISBURG - Pennsylvania neared 1 million confirmed cases of the coronavirus on Wednesday amid rising infections and word of a setback in the state’s accelerating COVID-19 vaccination campaign.

The Department of Health reported another 4,667 new cases — the highest single-day number since early February — to bring Pennsylvania to within a few hundred of the milestone. Daily infections have risen more than 10% in two weeks, with hospitalizations beginning to drift up, too.

"All of our numbers are going the wrong way," Dr. Valerie Arkoosh, chair of the Montgomery County Board of Commissioners, said Wednesday.

With health officials on alert, Pennsylvania learned that it will not get nearly as many fresh doses of the Johnson & Johnson vaccine as the federal government initially projected. The state said it will receive about 66,000 doses next week, not 200,000.

Pennsylvania has used its federal allotment of the single-shot vaccine to inoculate more than 100,000 educators. State officials were planning to use future Johnson & Johnson allocations at regional mass vaccination sites, while also reserving doses for special clinics for police and firefighters, grocery store workers, and people in the meat processing and agricultural sectors.

The regional, state-run sites are still in the works, but the targeted populations will now be vaccinated through a separate federal program that sends Johnson & Johnson vaccine directly to retail pharmacies, according to the governor’s office, which cast the reduced state allocation as a minor bump in the road. 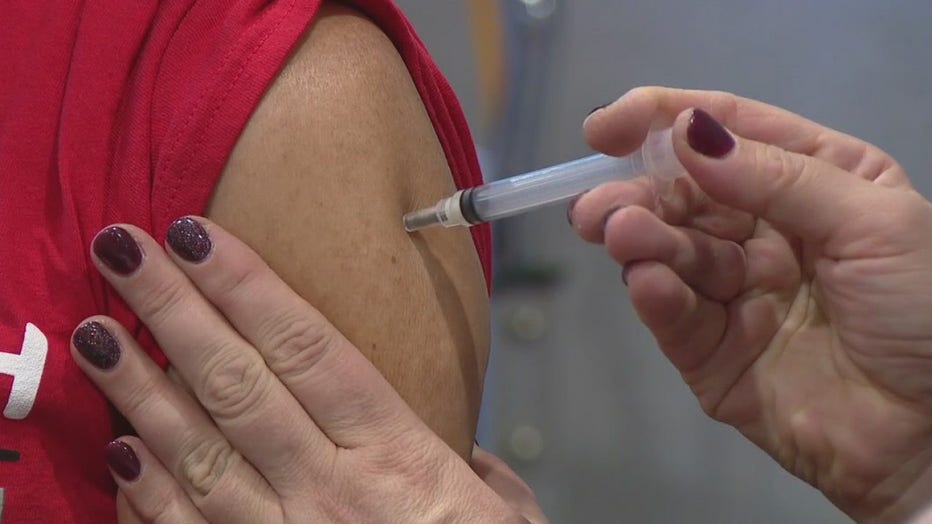 "While this will change some of the distribution plans," she said, "we do not anticipate a disruption in the accelerated pace in getting shots into arms."

Wolf touted federal statistics that show Pennsylvania, after early stumbles, has become more efficient at getting its residents vaccinated.

"This is tremendous progress," Wolf said.

A spokesperson for FEMA talked about their plans for giving 2nd doses of the Pfizer vaccine for the next three weeks as well as the latest updates with the site at the Convention Center.

But there remains significant frustration among other eligible residents — people age 65 and over and younger people with high-risk medical conditions — who have waited months to get a vaccine while navigating the state’s confusing, scattershot registration system.

"It’s unfortunate that it’s become ‘The Hunger Games’ for this vaccination process," said Kenneth E. Lawrence Jr., a Montgomery County commissioner, likening the process of landing a coveted appointment to a dystopian fight to the death.

'This is a very dangerous period': Farley expects more deaths to follow uptick in COVID infections