FOX 29's Chris O'Connell is in Fort Washington talking to residents who are dealing with repercussions from last summer's severe storms.

UPPER DUBLIN, Pa. - A Pennsylvania community is still picking up the pieces left from a devastating tornado that tore apart homes and uprooted dozens of trees last fall.

The weather service said the tornado traveled from Upper Dublin to Horsham. A woman was killed when a tree fell through the roof of her home.

"The neighborhood was destroyed. Roofs were blown off. Trees were gone," said.

Over 250 days after the remnants of Hurricane Ida bowled over parts of Montgomery County, the damage still looks and feels fresh. Many homeowners are still waiting for insurance money to rebuild.

"I'm 53-years-old and I never saw a tornado in my life, so I didn't think tornados could happen here," Nathan Herring recalled. "I thought they were in Kansas, so hopefully we won't ever see another one."

It's not just Upper Dublin that's left shaken by the remnants of Hurricane Ida. Schools from Montgomery County to Philadelphia to Camden called off afternoon activities and some allowed for early dismissal due to the severity of the forecasted storms. 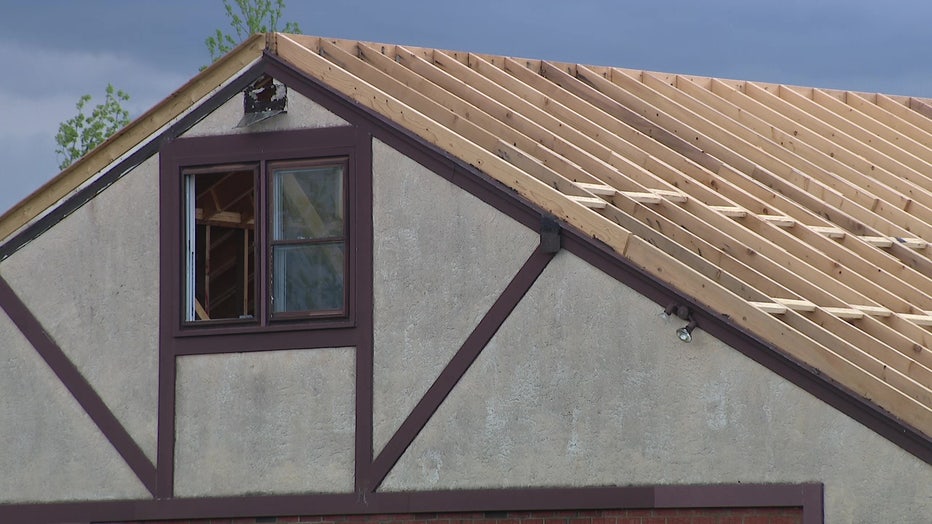 The National Weather Service issued a region-wide Severe Thunderstorm Watch, and warned of wind gusts that could reach 70 MPH. Drenching downpours also gave rise to the threat of flash flooding.

The watch was enhanced to a warning in Montgomery County and neighboring areas in the early evening, but the storms lacked most of the punch that forecasters originally thought.

Areas still rattled by devastation were sparred on Monday, and perhaps as a sign of good things to come, a vibrant rainbow was spotted in the wake of the storms.