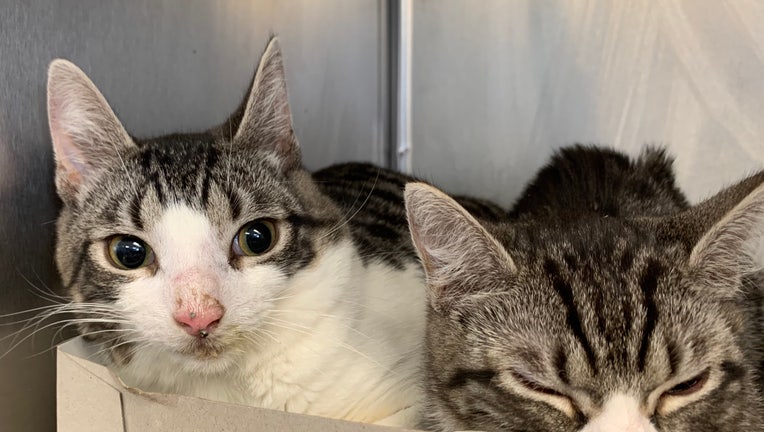 LITITZ, PA - The Pennsylvania SPCA executed a search warrant and have rescued a total of 105 cats and kittens from a home in Lancaster County Tuesday. They were taken from the property over concerns for the welfare of the animals.

The PSPCA’s Humane Law Enforcement Officers acted on an anonymous tip to the organization’s cruelty hotline and acted on the warrant Tuesday afternoon, and were still removing the cats from the home in Lititz, PA into the late evening.

When the property owner was first questioned about the number of cats on the property, they had indicated that there were just nine cats living in the house with them. A number of the cats that had been rescued were suffering from upper respiratory infections, untreated eye infections and heavy matting of their fur.

All of the animals from the property were brought to the Pennsylvania SPCA’s headquarters in Philadelphia to receive further treatment by the Animal Hospital staff. Nearly all of the animals were surrendered to the PSPCA, with the exception of 17 cats. Those cats not signed over will remain in the care of the organization until they are surrendered by the owner or through the courts.

Nicole Wilson, the director of Humane Law Enforcement and Shelter Operations at the PSPCA said in a statement, “Spending hours inside a property finding and removing neglected and abused animals is an all too common occurrence for us. We are grateful to that Good Samaritan who contacted us, as without that individual, we could not end the suffering of these animals.”

The investigation into this case is still ongoing and anyone with information is asked to contact the PSPCA’s Cruelty Hotline at 866-601-SPCA.

With the COVID-19 pandemic making cat adoptions especially challenging, the Pennsylvania SPCA’s cat population was at capacity prior to Tuesday's rescue. Now, with this large number of additional cats, the organization is asking anyone who has been thinking of adding a feline to their family to consider doing it now. Interested adopters can reach out to adoptions@pspca.org.