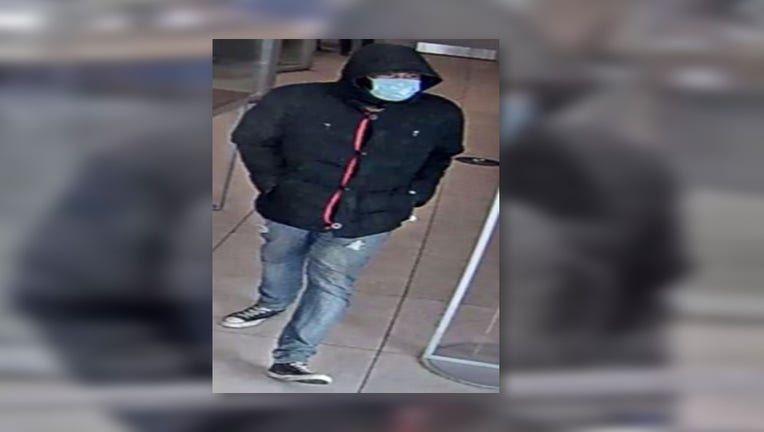 GRAYS FERRY - The FBI and Philadelphia Police Department Violent Crimes Task Force are asking for help identifying and locating a man in connection with a robbery of a Chase Bank branch, officials announced.

Authorities say a man walked into the bank branch on the 2800 block of Grays Ferry Avenue Tuesday, around 10:50 in the morning.

The man proceeded to hand a teller a demand note and a withdrawal slip.

The man received an undetermined amount of cash and took off from the bank on foot.

Authorities describe the man as being in his late 20s to early 30s. He is about 6’0” to 6’2” with a thin build. He was wearing blue jeans that were ripped, a black hooded winter coat that had red trim and black high-top sneakers.

Authorities say a reward is being offered for information leading to the man’s capture. All tips can be anonymous.

FBI and PPD officials say the man is considered armed and dangerous. Anyone with information about the incident or about the man is asked to contact the FBI/PPD Violent Crimes Task Force at 215-418-4000.