A spokesperson for the People for the Ethical Treatment of Animals called the term pet.

People For the Ethical Treatment of Animals, better known as PETA, was mocked on social media this week for a tweet that argued calling someone names like a "pig," "chicken" or a "snake" is hurtful to the animals themselves.

"Words can create a more inclusive world, or perpetuate oppression," the animal rights organization wrote Tuesday in a tweet that was pinned to its page. "Calling someone an animal as an insult reinforces the myth that humans are superior to other animals & justified in violating them. Stand up for justice by rejecting supremacist language."

A chart in the tweet showed examples of animal-related insults that it felt were "harmful" and "inaccurate."

It included "chicken" for a coward, "rat" for a snitch," "snake" for a jerk, "pig" for someone who is repulsive and "sloth" for a lazy person.

PETA also urged its followers to consider, in general, not insulting anyone – human or animal.

After that, the insults came quickly.

One Twitter commenter wrote, "Animals aren't oppressed by those words because they don't understand our language. And have no concept of words and their meaning."

"Sloths were literally named after the concept of sloth. can u get off this s--- please," another Twitter user noted.

Some commenters dusted off their pun skills.

After one person suggested PETA does "stuff like this to actively help the anti-vegans. I reckon PETA has a mole. A funny one," another commenter wrote: "Let’s not bring moles into this haha."

Twitter also had a field day with the organization last year when it claimed the term "pet" is derogatory to cats and dogs and other household animals.

Despite the jokes, PETA’s social media team continued to engage with its commenters. 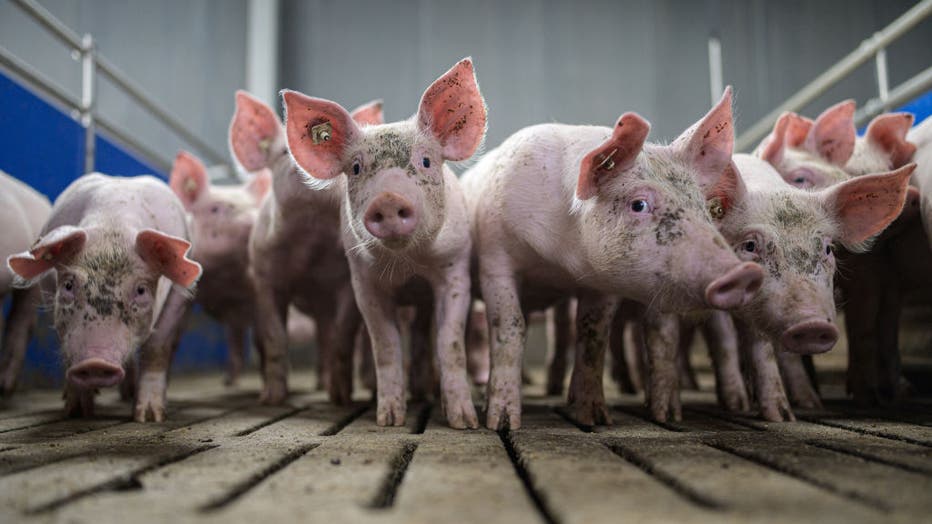 Piglets stand in a stall at a pig farm on July 02, 2020 near Kempen, Germany.(Photo by Lukas Schulze/Getty Images)

When one person wrote "come back to me about being less superior than animals when an anteater builds a house" PETA answered, "Building houses is a skill humans excel at, yet there are plenty of skills and talents other animals have humans can only dream of - birds can soar through the sky at ease, ants can organize their labor towards a collective goal, and salmon can swim upstream to find their home!"

And some commenters agreed with the nonprofit’s message.

"You are often spot on," one person wrote of rapper Zuby's tweet laughing at PETA. "And, true, PC is usually idiotic. However: chickens are not more cowardly than people. Rats are not more treacherous than people. Pigs are not more disgusting than people...So, not using those comparisons is not a sign of PC. It is being truthful. There is NOTHING easier than engaging in mockery."