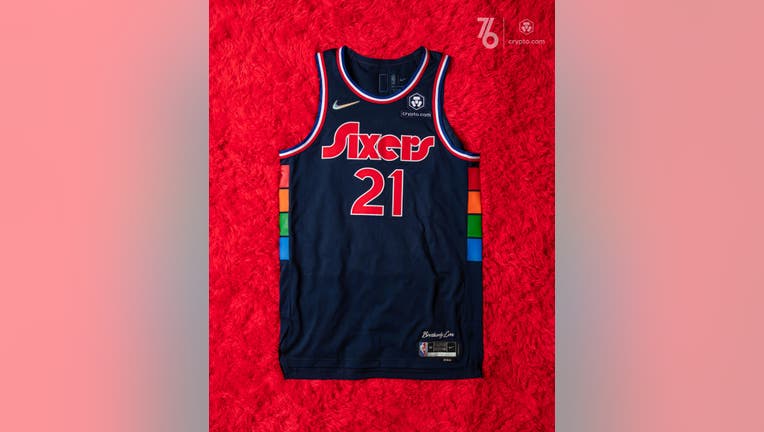 The uniform pays homage to the iconic Philadelphia Spectrum, "America's Showplace,", which served as the Philadelphia 76ers' home arena from 1967-1996.

"The Spectrum holds a very special place in our franchise lore, having served as the 76ers’ home arena for nearly three decades," Philadelphia 76ers President of Business Operations, Chris Heck, said. "The memories made at America’s Showplace, including the historic 1982-83 championship season, are priceless, and will be relived through the 2021-22 Nike NBA City Edition uniform. We’re also excited to display the colors of the Spectrum logo, which represent the teams that our fans love and support here in Philadelphia."

The uniform features a red, 1970s-style "Sixers" mark across the chest in a navy-blue base color. This is also a throwback homage to the overarching fashion of the 76ers uniforms from 1971 to 1976.

The new merchandise will be available for purchase beginning Monday, Nov. 15.