CENTER CITY - All businesses in Philadelphia have been ordered to close immediately as police and city officials attempt to control the violent riots that broke out on Saturday and continued Sunday.

The Mayor's office says that businesses must finish fortifying their establishment in preparation for another night of destructive protests by 5 p.m.

A citywide curfew is set to take place at 6 p.m. on Sunday and expire at 6 a.m. Monday morning. The Mayor's office ordered all streets in Center City to be closed and the Ben Franklin Bridge shut down.

The once peaceful protests on Saturday morning turned violent by mid-afternoon, as people took to the streets in response to the police custody death of Minneapolis man George Floyd. 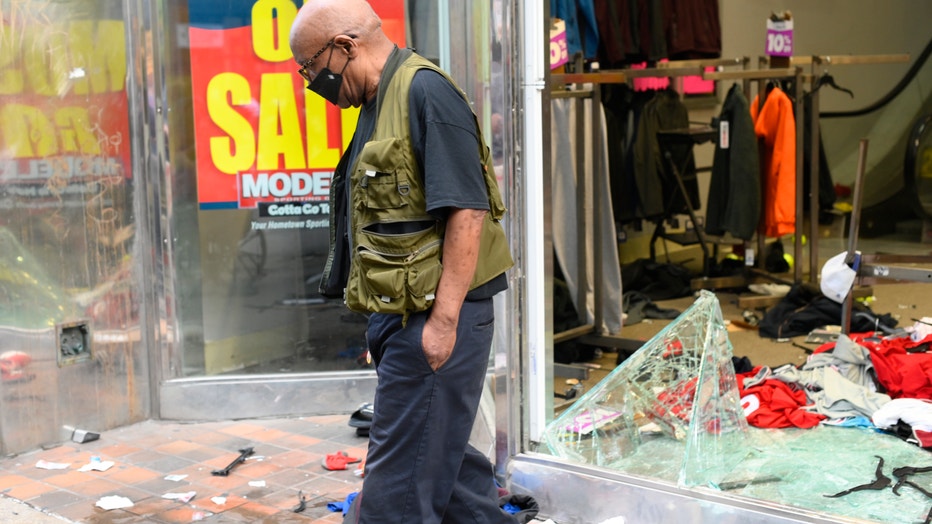 A man looks down on the debris after looters gained access to numerous stores on Walnut Street, in Center City Philadelphia, Pa, on May 30, 2020. Protestors clash with police in cities around the nation when thousands take to the streets to protest p

Floyd, who was black and handcuffed, died while being arrested by Minneapolis police for suspicion of passing a counterfeit bill on May 25. Cellphone video showed that a white officer, Derek Chauvin, pressed his knee into Floyd’s neck for several minutes while Floyd pleaded for air and eventually stopped moving. Chauvin now faces murder and manslaughter charges. The other three officers who took part in the arrest were fired but haven't been charged.