PHILADELPHIA - Thousands of Christians in Philadelphia flocked to Christmas Eve mass Tuesday night to celebrate the birth of Jesus.

FOX 29's Joann Pileggi was at the Cathedral Basilica of Saints Peter and Paul where a standing room only congregation marked the holiday with prayer and song.

"Everybody that comes in drops their negative stuff out before they come in," one parishioner said. "I don't know if they're necessarily aware of it, but it's what happens." 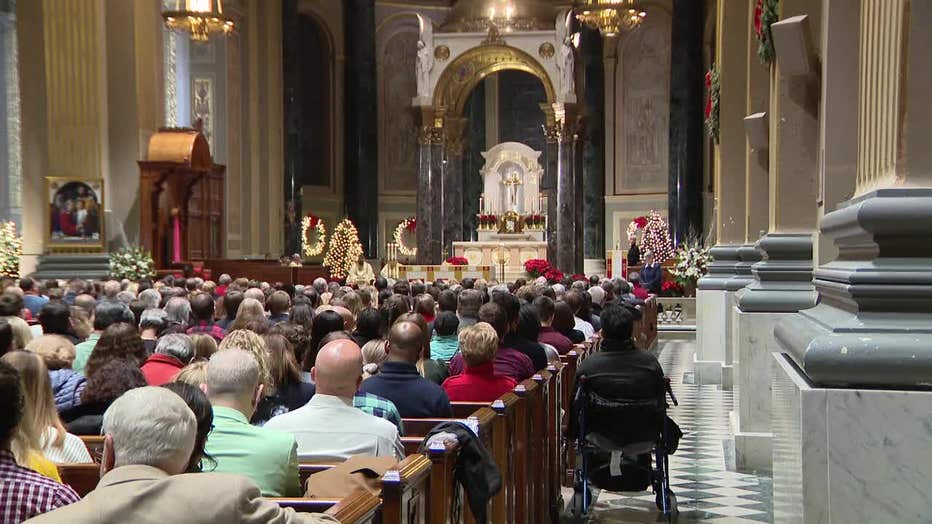 For some, Christmas Mass has additionally become a time honored tradition passed down from parents to children.

"We've been coming to Christmas Mass for 10-15 years now," Beth Galvin said. "It was a big thing with my parents they kind of instilled in us to be part of something bigger than us."

The mass also gives parishioners a chance to reflect on their blessings as the year comes to a close.

"I think we have a lot to be thankful for," a parishioner said.

Cathedral Basilica of Saints Peter and Paul will host a midnight mass with the Archbishop Charles Joseph Chaput. There will also be three more Christmas celebrations on Christmas Day.