The "Call My Name" rally in Germantown was organized by different faith communities to remember more than 30 people who lost their lives last year.

PHILADELPHIA - As the city of Philadelphia grapples with violent crime, one community gathered Friday to remember their neighbors who were killed by gun violence.

The "Call My Name" rally in Germantown was organized by different faith communities to remember more than 30 people who lost their lives last year.

"As faith communities, we just can't pray about it in our churches, but we have to take it to the streets and give people hope," Father Sy Peterka said.

Dozens held signs with anti-violence messages and wore victims names around their necks, even if they didn't know them directly. 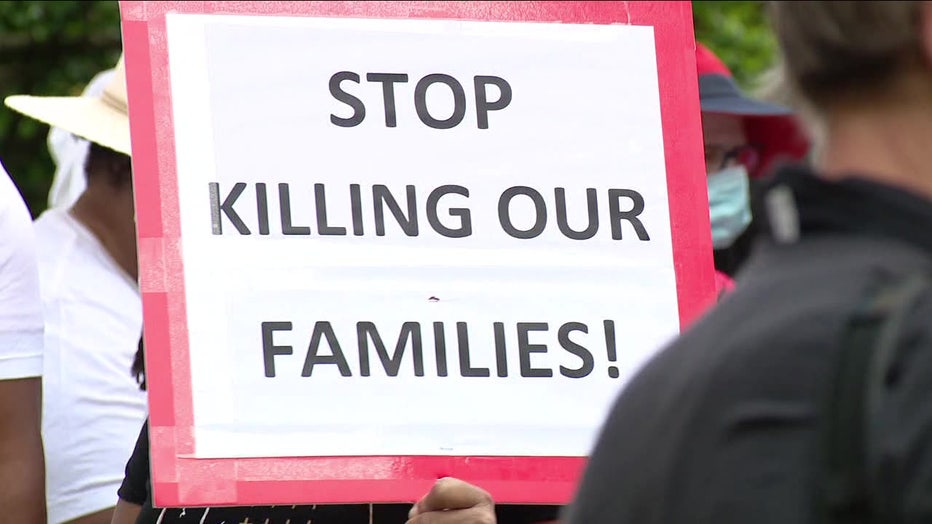 "We have to learn in Germantown specifically how to deescalate from killing a person," John Graves from Faith Chapel Church said. " An argument should not lead to somebody dying and too often that's the situation that goes awry is death."

Friday night's rally marched from Faith Chapel Church to the intersection of Germantown and Chelten avenues, making stops to remember the fallen along the way. The group stopped in near the Citizens Bank location where 69-year-old James Watson was murdered while getting cash from an ATM in March.

In Vernon Park, the group gathered to read aloud the names of the gun violence victims from the Germantown neighborhood. The rally ended with prayer and a somber conclusion that the end of rampant violence might never reach an end.