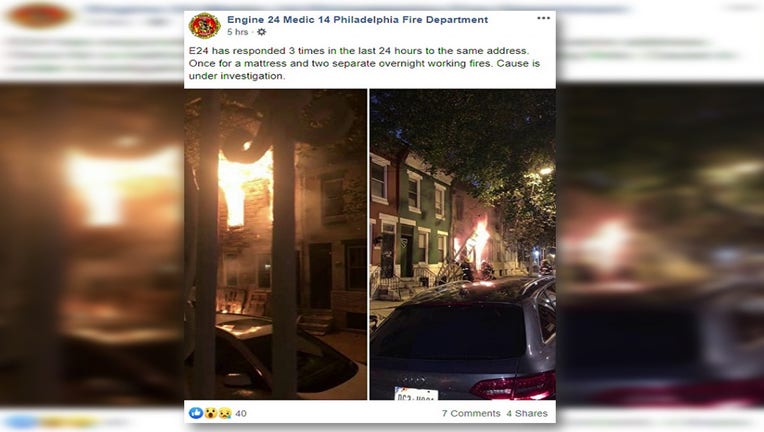 Engine 24, of the Philadelphia Fire Department said in a Facebook post they were called three times in 24 hours to the same address Saturday and Sunday.

A building on the 2200 block of Gerritt Street was, literally, a hotbed of activity as fire crews responded to the address for a mattress fire and two other working fires overnight Sunday.

All fires were brought under control and extinguished. Fire officials say the causes are under investigation.