PHILADELPHIA, Pa. - Philadelphia firefighters trying to keep people safe in the event of a fire in two different neighborhoods Saturday. Crews installed smoke alarms and handed out flyers as one family said their final goodbyes to a 13-year-old killed in a Kensington fire. 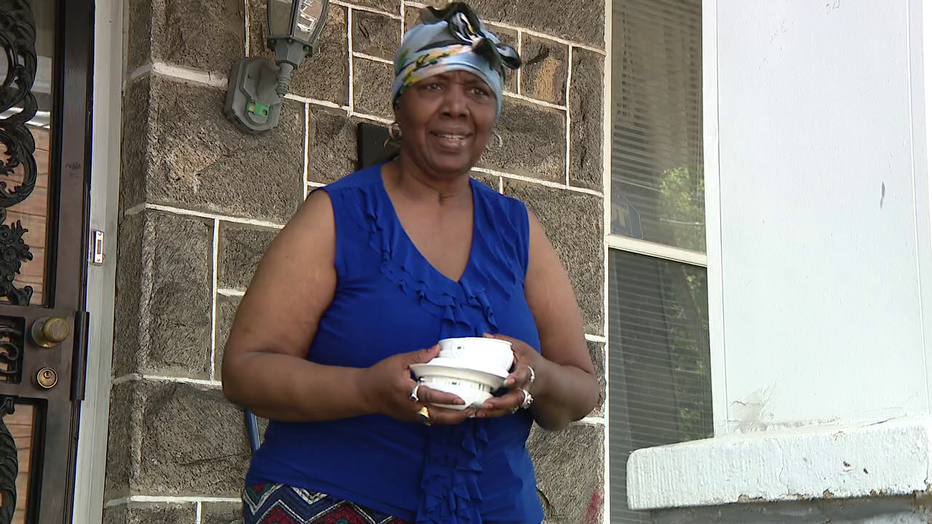 Pinkney counted herself lucky Saturday outside her East Germantown home, thankful to now be an owner of two devices that could save her life.

“Do you have working smoke detectors in your home?” asked FOX 29’s Kelly Rule. 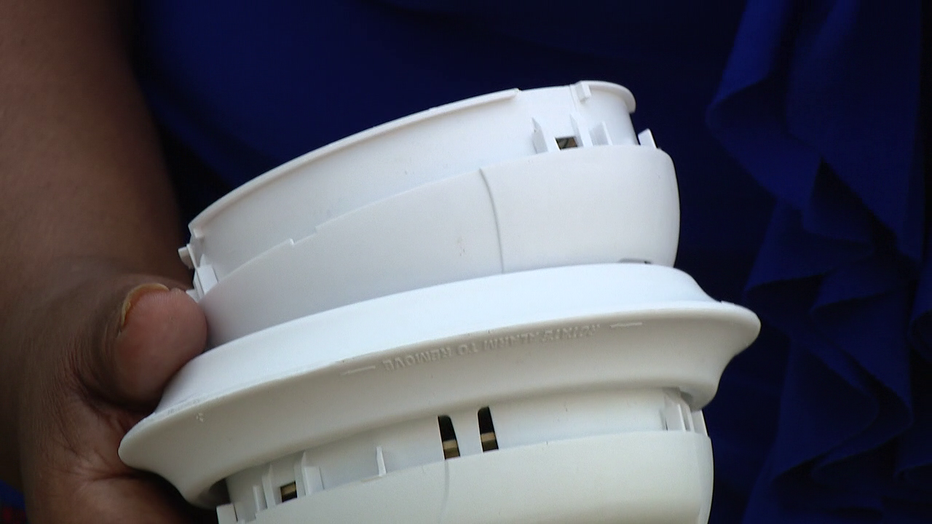 She says she flagged Philadelphia firefighters down as they made the rounds on Crowson Street Saturday morning to hand out free smoke alarms and other safety information.

The same street where teddy bears and candles now sit outside a boarded up home; where a woman lost her life in a recent fire. Pinkney says it was a wake-up call.

“I saw them bring her out. I prayed for her, I really prayed for her. I don’t want nothing like that to happen to nobody,” Pinkney explained.

Other neighbors had the same reaction. Xavier Wilson says he immediately took matters into his own hands, checking his smoke alarms after seeing the aftermath.

“I was checking my batteries. Every battery was good except my one in the basement. I changed that one,” Wilson said.

“Just seeing how many houses on the block they went to and hearing other smoke detector tests going on, it seems like a bunch of people did need them, so it’s absolutely a good thing, in that sense,” Jesse Newtown said.

Firefighters also went to a neighborhood in Kensington where more stuffed animals and candles sit outside a boarded up home on Potter Street, this time for a 13-year-old boy. He was taken to the hospital after a fire last month and died on the 4th of July.

His family tells FOX 29 they held his funeral Saturday morning, as firefighters went door-to-door to prevent a similar, unthinkable tragedy.