FOX 29's Chris O'Connell has more on the search for three woman who police say beat and carjacked a Philadelphia grandmother who is battling cancer.

SOUTH PHILADELPHIA - A Philadelphia grandmother battling cancer is recovering after police say she was beaten, pepper-sprayed and carjacked in broad daylight last week in South Philadelphia.

Bellissima, who is undergoing cancer radiation, had just finished unloading groceries at her daughter's house when she went to park the car. 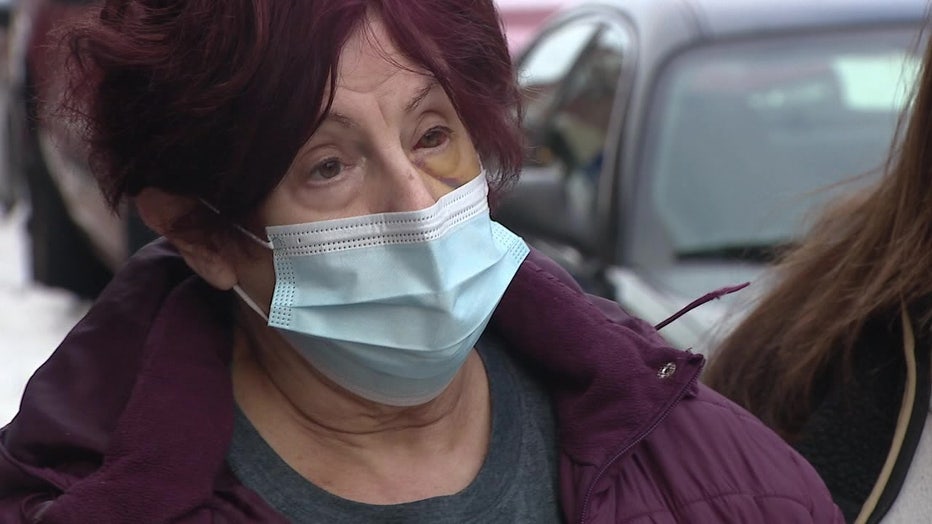 "I went to check my tire and they just came behind me and they pepper-sprayed my whole face and then they pushed me down on the ground," Bellissima said.

As Bellissima laid on the ground bleeding, police say the suspects piled into her car and took off. Police hope the clear images from the security footage will help them find the suspects.

"My phone rings and she's screaming 'help me! help me!' she's crying 'I can't see! I can't see! I was attacked!'" Bellissima's daughter, Angela Palumbo, recalled.

Philadelphia police say carjackings have jumped dramatically since the start of 2021. As of Tuesday morning, the city reported nearly 60 vehicle robberies. In 2020, there were over 400 carjacking incidents, according to police.

"It’s out of control, something needs to be done," Anthony Giordano from Stand Up South Philadelphia said. "Law and order needs to stand tall. The criminals are not afraid to attack people in the middle of the day."

For Bellissima and her family, the brazen attack left them faced with many sleepless nights.

"I'm 78-years-old, I can't take a blow like that, I could have had a brain injury. They didn't care about me, I wouldn't care about them," Bellissima said.

Philadelphia police are continuing their search for three female suspects they say assaulted a woman before taking her car.