PHILADELPHIA - Authorities say a Philadelphia police corporal was shot and killed as he served a homicide warrant at a home in Frankford.

Shortly before 6 a.m. Friday, officers were attempting to serve a warrant on the 1600 block of Bridge Street when they were met with gunfire.

Officials say the corporal was shot in the shoulder above his bulletproof vest when officers entered the home. Two people in the home were shot and wounded by police, but they are expected to survive.

Corporal James O'Connor, 46, was a member of the SWAT team of the Philadelphia Police Department. He was a 23-year veteran of the police department and had spent 15 years in SWAT. 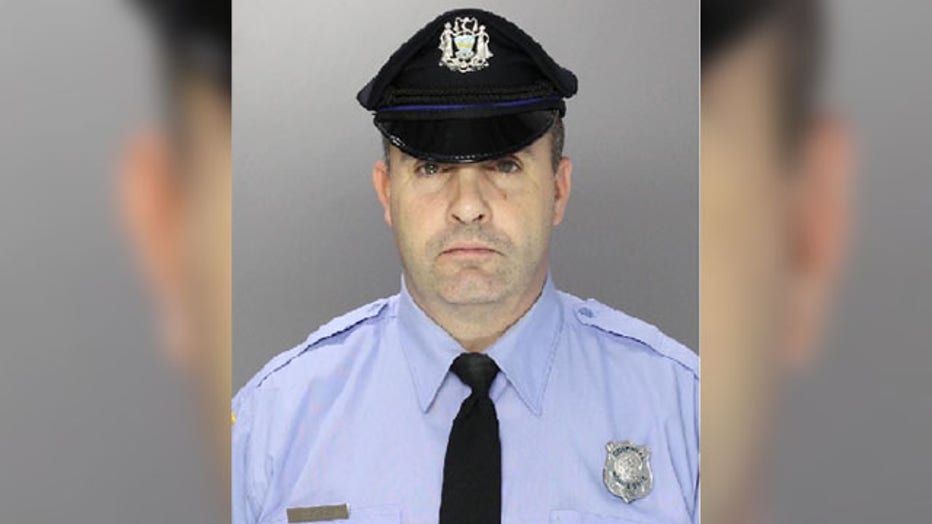 District Attorney Larry Krasner identified the suspect in custody as 21-year-old Hassan Elliot. Krasner says Elliot was being served a fugitive arrest warrant as part of an ongoing investigation relating to a 2019 robbery and murder.

Commissioner Danielle Outlaw, who officially began in early February, addressed the public to give them the latest information about the incident.

Philadelphia police officer shot and killed during shootout in Frankford

Afterward, Mayor Kenney also spoke and said it was a “bad day” for the city. In an official statement, he further addressed the death of Corporal O'Connor as follows:

“I am grief-stricken to learn of the tragic death of Philadelphia Police Corporal James O’Connor. Today, like every day, he demonstrated the ultimate form of heroism: putting out his uniform, leaving his family and carrying out his sworn duty to protect the residents of this city. I share my deepest condolences with those who knew and loved Corporal O’Connor. I ask all Philadelphians to keep his family, and all members of the Police Department, in your prayers at this difficult time.”

Philadelphia will fly all flags half-staff for 30 days to honor Corporal O'Connor. A funeral mass will be held Friday, March 20, beginning at noon, at Cathedral Basilica of Saints Peter and Paul. There will be a viewing at the Cathedral beginning 7:30 a.m. An additional viewing will be held Thursday, March 19 for the general public beginning at 6 p.m. at the John F. Givnish Funeral Home on Academy Road in Northeast Philadelphia.

Seating for the funeral mass is extremely limited, due to the coronavirus outbreak.

District Attorney Larry Krasner was also seen outside the hospital being turned away from officers from entering the hospital.

"The reason I am here is that we've had a very serious incident involving a police officer. I'm not going to get in front of the police commissioner and talk about details." Krasner told FOX 29's Jenn Fred. "I'm here for the victim, for the victim's family, for any survivors, and also just to show how much we care about our law enforcement officers."

In a statement released by Krasner's office Friday, the District Attorney described the incident as a "tragedy" that "underscores the interconnectedness of our partners in law enforcement within the criminal justice system."

“Our prosecutors, particularly those involved in the investigation preceding today’s incident, join the members of the Philadelphia Police Department and the residents of Philadelphia in mourning Corporal O’Connor, and in extending our deep condolences to his loved ones." ​

Officials say a total of four suspects are in custody. The suspect they were serving a warrant to was not struck in the exchange of gunfire and is now in custody.

Two suspects were hospitalized after another officer on the scene returned fire and struck them.

One was taken to Torresdale Jefferson Hospital and the other was taken to Einstein Medical Center. Both are listed in stable condition.

The investigation is still in its earliest stages and will remain underway, according to officials.

FOX 29's Steve Keeley has the latest updates on the shooting that injured at least one Philadelphia police officer in Frankford.