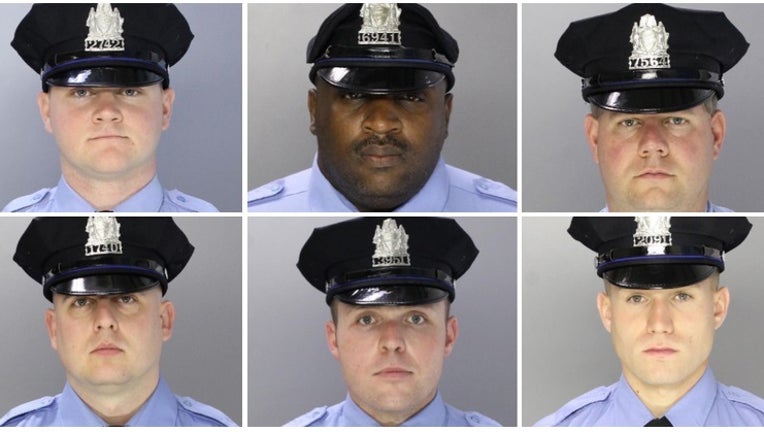 PHILADELPHIA - The Philadelphia Police Department has released images of the six police officers shot in the line of duty during Wednesday's standoff in Tioga-Nicetown.

The officers have been identified as:

– Officer Joshua Burkitt, 26, a 2-year veteran assigned who sustained a gunshot wound to the hand;

– Officer Michael Guinter, 32, a 12-year veteran assigned to the Narcotics Strike Force who sustained gunshot wounds to both arms;

– Officer Shaun Parker, 32, an 11-year veteran assigned to the Narcotics Strike Force who sustained a graze wound to the head;

– Officer Nathaniel Harper, 43, a 19-year veteran assigned to the Narcotics Strike Force who sustained a gunshot wound to the leg;

– Officer Ryan Waltman, 42, a 12-year veteran assigned to the 39th District who sustained a gunshot wound to the hand;

– Officer Justin Matthews, 31, a 3-year veteran assigned to the 16th District who sustained a graze wound to the leg. 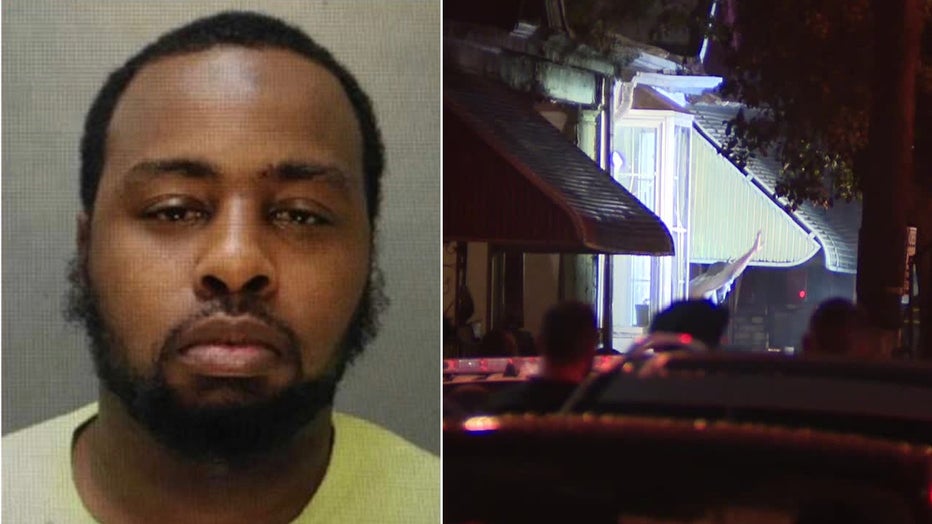 Maurice Hill, 36, is accused of shooting the officers as they were serving a drug warrant in Tioga-Nicetown, triggering a standoff that extended into the night.

Two other officers were trapped inside the house for about five hours after the shooting broke out but were freed by a SWAT team well after darkness fell on the residential neighborhood.

None of the officers sustained life-threatening injuries and they've been released from the hospital, Philadelphia police Sgt. Eric Gripp said.

"It's nothing short of a miracle that we don't have multiple officers killed today," said Philadelphia Police Commissioner Richard Ross as officers continued their standoff with the gunman.

The shooting began around 4:30 p.m. on the 4700 block of North 15th Street. Officers went to serve a narcotics warrant in an operation "that went awry almost immediately," Ross said.

"I was just coming off the train and I was walking upstairs and there were people running back downstairs who said that there was someone up there shooting cops," said Abdul Rahman Muhammad, 21, an off-duty medic. "There was just a lot of screaming and chaos."

Around 9:30 p.m., police said, a SWAT team freed the two officers who had been trapped inside, along with three people that officers took into custody before the shooting as part of the drug warrant. But the gunman remained barricaded.

Police were imploring him to surrender, at one point patching in his lawyer on the phone with him to try to persuade him to give up, Ross said.

Temple University locked down part of its campus, and several children and staff were trapped for some time in a nearby day care.

Police tried to push crowds of onlookers and residents back from the scene. In police radio broadcasts, officers could be heard calling for backup as reports of officers getting shot poured in.

Dozens of officers on foot lined the streets. Others were in cars and some on horses.

"I'm a little angry about someone having all that weaponry and all that firepower, but we'll get to that another day," Kenney said.