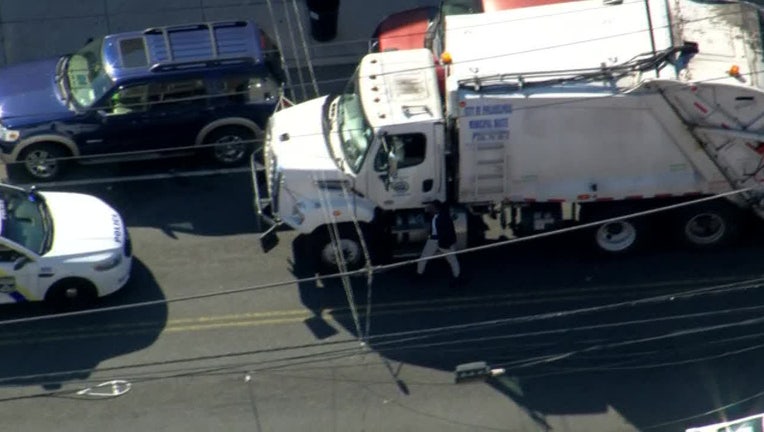 Police say a city sanitation truck was parked on the street while a 37-year-old male worker began loading trash into the truck.

While he was loading, investigators say a black Dodge Charger drove into oncoming traffic lanes, in an attempt to pass the truck, and struck the worker. The vehicle did not stop and continued east on Jefferson Street before turning south on 52nd Street.

The worker was taken to Penn Presbyterian Medical Center for a leg injury and has been listed in stable condition.

Police have described the striking vehicle as a black Dodge Charger with damage to the passenger side.