Philadelphia police are looking to identify and locate a man they say fatally shot Shamecca Franklin, 28, in the head multiple times on Sunday in Kensington.

PHILADELPHIA - The Philadelphia Police Department Homicide Unit is looking to identify and locate a suspect in connection to a fatal shooting that happened in Kensington Sunday afternoon. The city is offering a $20,000 reward for any information leading to the suspect's arrest and conviction.

The incident happened on Sunday at approximately 5 p.m. on the 800 block of E. Willard Street.

Surveillance video shows a man standing on a street corner for several minutes before pulling up his mask, and hiding behind a corner with a gun in hand. Cameras then show the victim approaching, and the suspect emerging from behind the wall with a gun pointed at her head.

Police say the victim, 28-year-old Shamecca Franklin, was shot multiple times in the head and body, killing her.

The suspect is described as a male in his early-to-mid 20's and he was seen wearing a reddish/rust-colored puffy jacket. Underneath the jacket, he was wearing a black-hooded sweatshirt with white markings or writing on the top of the hood. He was also wearing loose black pants, black shoes, and a black knit hat.

The suspect was wearing a face covering that he pulled up just before the shooting..

He was last seen fleeing the scene westbound from the intersection into the 700 block of E. Willard Street. 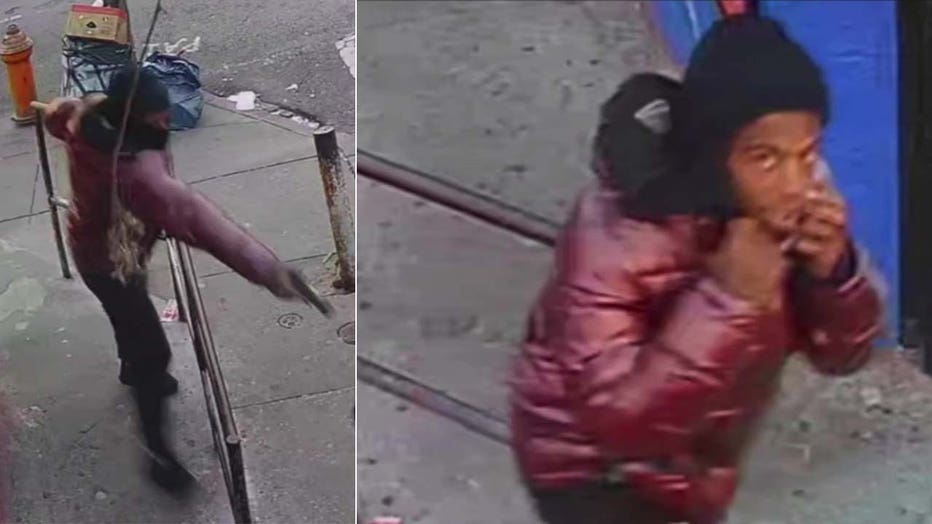