Reid, who is leading the Chief into Super Bowl LIV on Sunday against the 49ers, is in search of his first Super Bowl victory in nearly 20 years as a head coach.

Reid was on the Packer coaching staff as a quarterbacks coach in 1997 when the Packers downed the New England Patriots in Super Bowl XXXI.

Cheney drew inspiration for his new single "Time's Yours" from Reid's pursuit of an elusive Super Bowl ring as a head coach. "Time's yours" get its title from Andy Reid's popular catchphrase he uses when he opens up for questions during press conferences.

Reid won’t silence critics until he wins a Super Bowl

"Time's yours, Andy Reid, it's time you got that ring you need. The ring you need to redeem your name, secure your place in the hall of fame," Cheney sings.

In the song Cheney, like any good Eagles fan, recalls Reid's poor clock management which lead to Philadelphia's demise in Super Bowl XXXIX against the New England Patriots.

"You could have won that Super Bowl, back in 2005. Down by 10, just minutes left the Eagles start to drive," Cheney sang. "But they strolled up to the line of scrimmage oh so sluggishly while all the Eagles fans at home screamed at their TV." 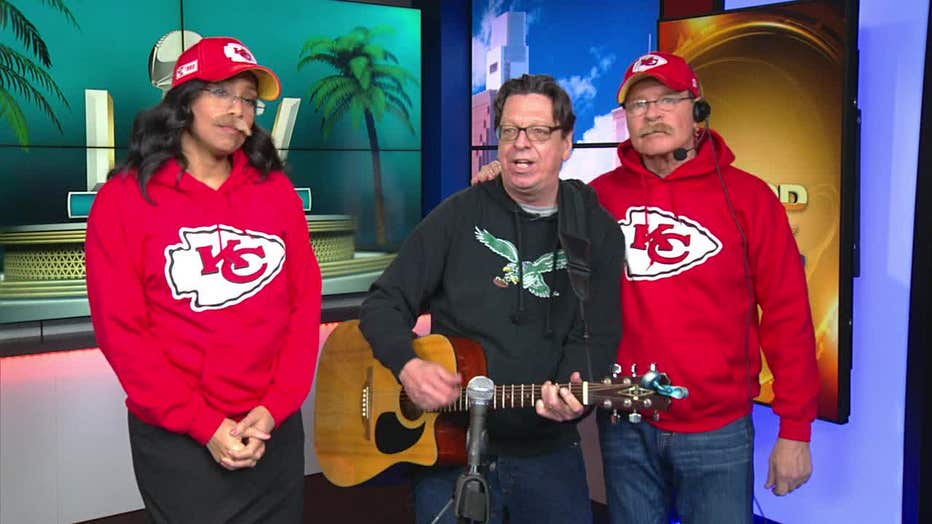 Reid is considered by most to be a fringe hall of fame candidate, whose resume is robust but missing a Lombardi Trophy.

Twelve years and one Super Bowl ring later, Eagles fans like Cheney are letting bygones be bygones, and rooting for the Bird's former flawed head coach to secure the ring in Kansas City that he was never able to win in Philadelphia.