The zoo needs your help to name its three newest residents.

PHILADELPHIA - The Philadelphia Zoo family has expanded yet again!

Three Ankole-Watusi cattle have taken up residence on the zoo's African Plains. The so-called "Cattle of Kings" can grow horns up to 40 inches long!

Their names are typically based on coloration, according to the zoo. However, sometimes the cattle's personality comes into play. 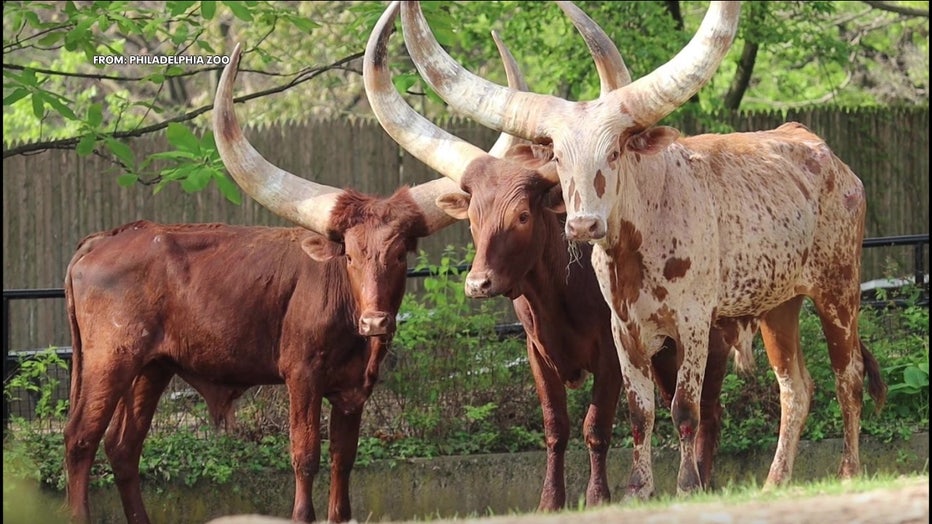 This time Philadelphia Zoo is leaving the final decision up to the public with these name choices for each cattle:

You can vote for your favorite name on the Philadelphia Zoo website. Winners will be announced May 16.