The Phillie Phanatic was a special guest for an unforgettable moment before a wedding in Rose Valley, Pa.

ROSE VALLEY, Pa. - The Phillie Phanatic was a special guest for an unforgettable moment before a wedding in Rose Valley, Pa.

Kevin and Shannon Doherty were married at The Old Mill on Oct. 4. The couple, who are both huge Philadelphia sports fans, wanted to have a first look before they exchanged their vows.

According to his bride, Kevin is a particularly “huge Phillies fan and loves the Phanatic.” 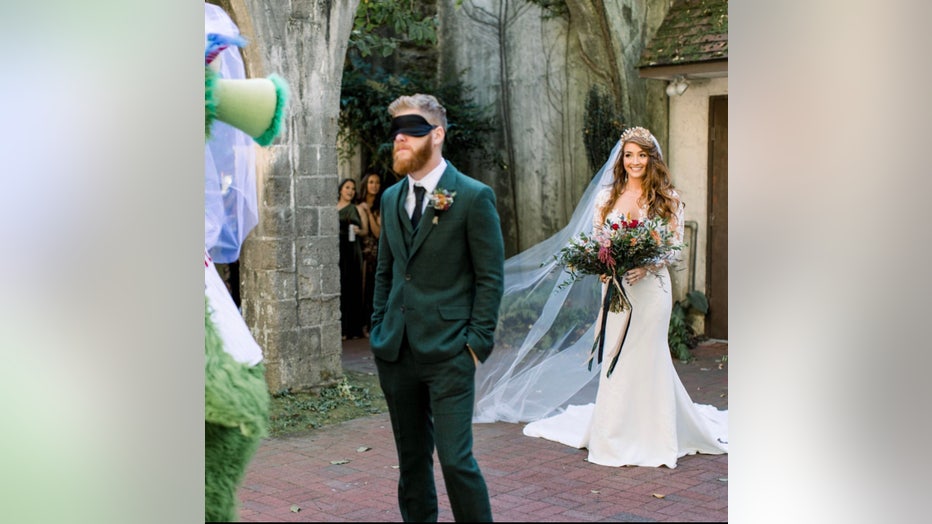 “Kevin is the sweetest man in the world and I knew our first look could be emotional for him,” Shannon explained to FOX 29. “So, I wanted to do anything I could to bring some humor and fun to the big moment.”

Humorous it absolutely was with the help of the Phillie Phanatic.

Video of the anticipatory moment shows Kevin remove his blindfold while Shannon stood behind watching on.

“No way!” Kevin laughs in shock at the sight of the Phillie Phanatic wearing a veil. 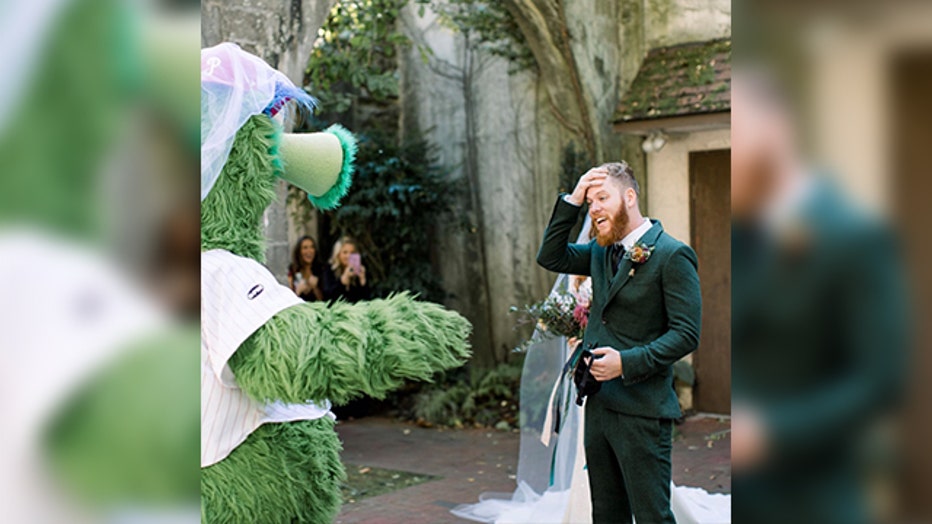 The Phillie Phanatic responded by pointing and laughing before laying a big smacker on him.

However, the beautiful moment really hit when Kevin turned and saw Shannon for the first time on their wedding day.

Tears followed and the couple embraced to “awes” from the crowd. 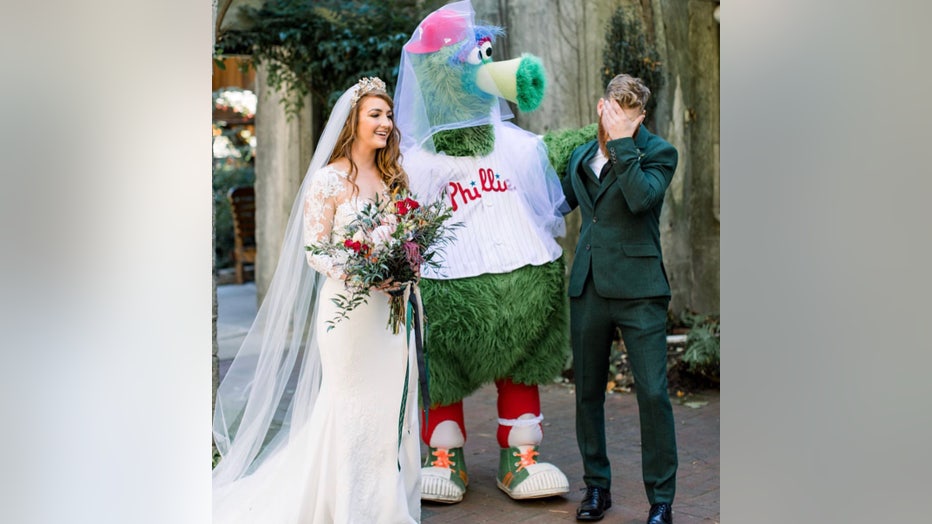 “His reaction to seeing his beloved mascot was almost as great as his emotional and touching reaction when he turned to see me,” Shannon added.

The Phanatic reportedly helped make sure the wedding went off without a hitch and helped with the flowers.

“Everything was perfect,” the bride said. 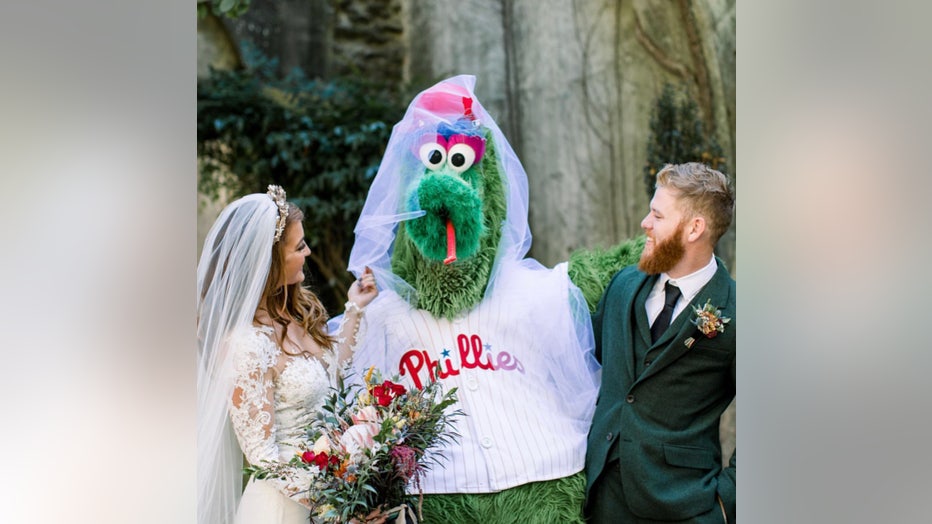