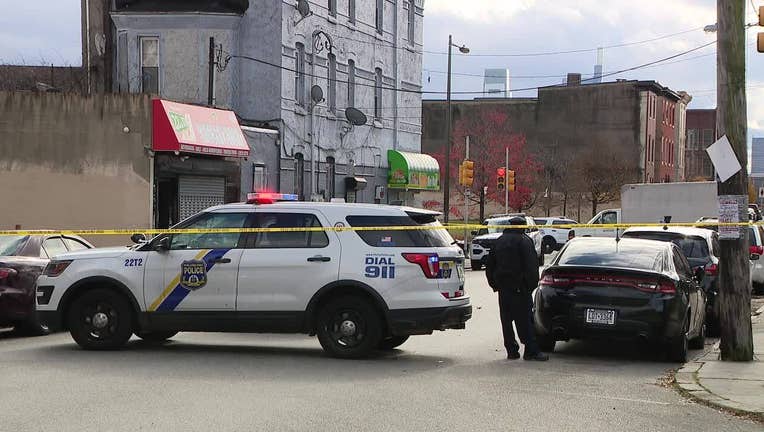 A 19-year-old was shot and killed, while two other men were injured in a shooting inside a convenience store in North Philadelphia Tuesday.

NORTH PHILADELPHIA - A 19-year-old male is dead, while two other men were injured in a North Philadelphia shooting Tuesday morning.

Officials say police were called to the 2100 block of North 22nd Street, Tuesday, just before 11:30 a.m., on the report of a shooting.

Responding officers found three males shot inside a convenience store when they arrived.

The 19-year-old male sustained a gunshot wound to the chest. He was rushed by police to Temple University Hospital, but succumbed to his wound and was pronounced dead.

A 32-year-old man was shot once. He took himself to Temple and was listed as stable. A 29-year-old suffered from a graze wound across his nose. He was taken by medics to Temple and is in stable condition.