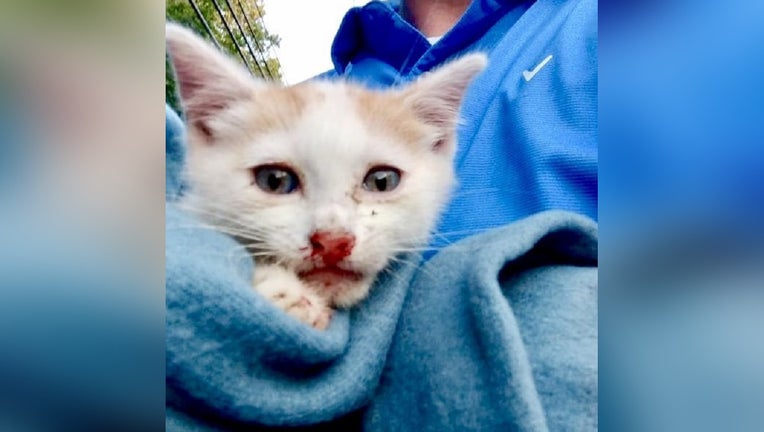 TOMS RIVER, N.J. - Police are investigating after they say two kittens were thrown from an SUV in New Jersey.

The incident occurred around 8 p.m. Saturday on the intersection of Route 70 and Massachusetts Avenue in Toms River.

One of the kittens was immediately run over by another vehicle as the second kitten was rescued a good Samaritan.

The witness captured a photo of the surviving cat, but the kitten escaped into the woods shortly afterward.

MORE: Kitten euthanized after being thrown from moving vehicle on Route 202

Anyone recognizing the vehicle description or who may have witnessed the Saturday incident is urged to contact Det. Grosse at 732-349-0150 ext. 1263.