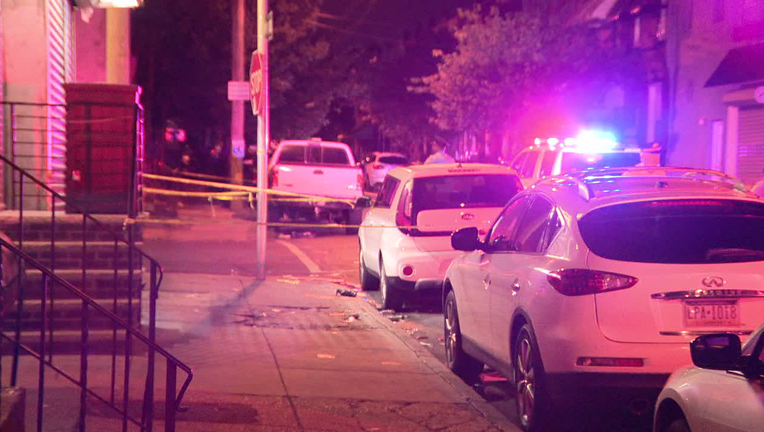 Police investigate a double shooting at 27th and Montgomery. One of the victims was fatally shot, officials said.

NORTH PHILADELPHIA - A man was killed while another person was hospitalized after they were both shot in North Philadelphia.

Officials say two people were shot early Sunday, at the intersection of North 27th Street and West Montgomery Avenue, around 2:30.

Responding officers rushed a man with a gunshot wound to the head to Temple University Hospital where the man was pronounced dead. He was later identified a 24-year-old Sadiq Muhammad.

A second person was also shot, authorities say, and that person was taken to Temple. No other details were released regarding the person or their injuries.

Police say an investigation is underway. A preliminary investigation indicates the victims were gathered on the corner with a group of other unknown persons, playing a game of dice.

A dark-colored SUV drove up slowly to the intersection of 27th Street and Montgomery Avenue; unknown person began shooting into the crowd striking the two victims before fleeing in an unknown direction.

There are no suspects, no weapons have been found and no arrests made.