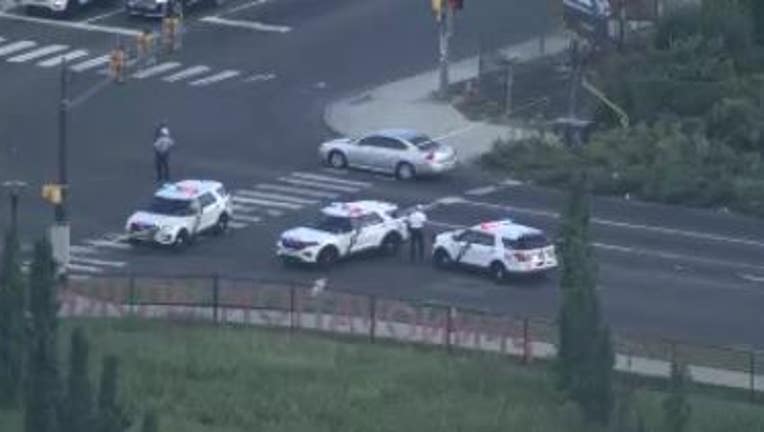 PHILADELPHIA - Police are investigating a shooting that left a 27-year-old man dead in the city's Grays Ferry neighborhood.

It happened at 34th and Grays Ferry Avenu Tuesday around 5:15 p.m.

According to police, the man was shot multiple times in the face, abdomen and arm. He was taken to Presbyterian Hospital where he died shortly after 5:30 p.m. He was later identified by police as Rafeeq Flamer.

Two guns have been recovered, but there has been no arrest at this time.

Gray Ferry Bridge is closed in both directions due to a shooting.