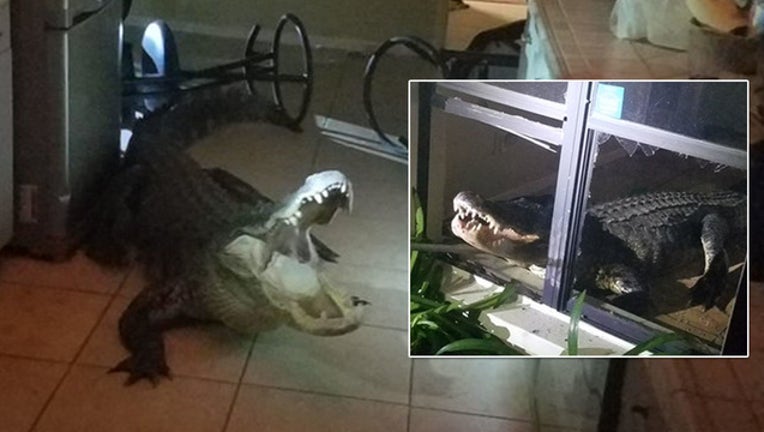 CLEARWATER, Fla. - An alligator invaded a Clearwater home in much the same way a non-reptilian suspect would -- smashing its way through the windows -- and apparently went right for the wine.

City officials said the 11-foot-long gator crashed its way through the kitchen of the home on Eagles Landing Circle. Police believe it broke in through low windows, shattering the glass.

Images shared by police showed the large gator, seemingly as long as the kitchen counter itself. Bar stools were seen toppled over behind it. In one photo, the animal's powerful jaw was wide open, showing the gator’s sharp teeth.

The homeowner told FOX 13 she woke up to noises in her kitchen around 3 a.m. She said her kitchen table was destroyed and it appeared the gator also got into her stash of wine. There was damage to her walls too.

A trapper responded early Friday morning. The animal was captured and relocated.

The residents don't own any pets, so there were no reported injuries to animals or humans.