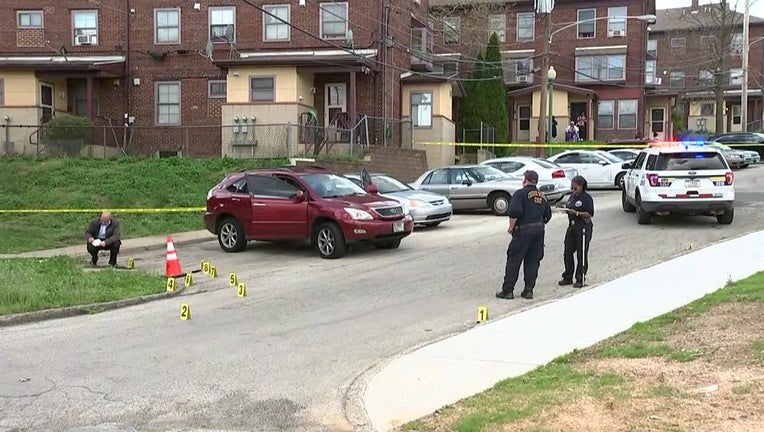 Police in East Falls investigate a shooting that killed a 17-year-old male and injured an 18-year-old on Berkley Drive.

PHILADELPHIA - At least 20 people have been shot and four killed over the weekend during a violent stretch of days across Philadelphia.

This comes after five people were killed and more than a dozen were injured in shootings across the city beginning Thursday night.

Early Saturday evening, around 5:15, police responded to a report of a double shooting on the 2100 block of South Opal Street, in South Philadelphia. They arrived to find a 28-year-old man shot once in the buttocks. He is stable. Authorities say Khyir Abney, 22, was also shot multiple times. He was rushed to a nearby hospital where he died.

Earlier, around 3:20 p.m., 17-year-old Theodore Crawford was shot multiple times, on the 3100 block of Berkley Drive, in East Falls. He was transported to a nearby hospital, where he died. An 18-year-old male was also shot at the scene. He is in stable condition and, police say, he is being held as a prisoner. Two weapons were recovered.

Just before 2 o'clock, an unidentified man, appearing to be in his late 20s or early 30s, was found unresponsive, under a blanket, by a passerby, on the 5600 block of Newtown Avenue. The man, later identified as Marquan Kellam, had a gunshot wound to the back of his head and was pronounced dead at the scene.

Friday night around 9:50 p.m., a 17-year-old was shot once in the left foot near 33rd and Allegheny Avenue. Authorities say teen was transported to a local hospital by private vehicle and he is in stable condition. 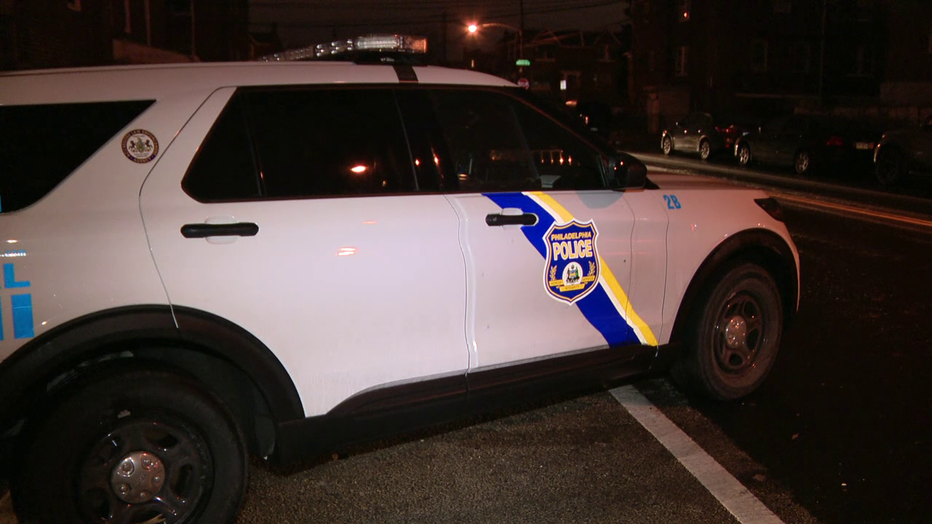 The next incident was a triple shooting on the 3400 block of Fairmount Avenue, according to police. Officials say a 24-year-old man, 41-year-old woman and 28-year-old man were all shot and are currently in stable condition.

On the same night, police also say they began investigating a double shooting on the 1600 block of South 54th Street around 9:53 p.m. According to investigators, a 21-year-old man was shot in the arm and transported to a local hospital where he is in stable condition.

According to officials, a 13-year-old boy was shot once in the thigh on the 5800 block of Baltimore Avenue at 10:43 p.m. He was taken to the hospital in a private vehicle and transferred to another medical facility where he is in stable condition, according to police.

Violence continued into the night on the 3200 block of Jasper Street. Authorities say at 11:46 p.m., a 26-year-old man was shot once in the head and multiple times throughout the body.

He was transported to a local hospital by medics and he is in critical condition.

Police say an arrest was made in the case and charges are pending.

On Saturday morning at 2:25 a.m., police say a 31-year-old woman was grazed in the ankle on E Allegheny Avenue and transported to the hospital where she is expected to recover.

He was placed in stable condition at a local hospital and no arrests have been made in the case.

Authorities say an unidentified man in his 30s was shot once in the lower back and he was pronounced dead at a local hospital at 5:00 a.m.

Hours later, a 21-year-old was shot near D Street and Wyoming Avenue, according to investigators.

He was transported to the hospital where he is in stable condition, police say.

According to authorities, the shooting happened on the 300 block of E Somerset Street just after 10:00 a.m.

Investigators say a 21-year-old was shot six times throughout the body while a 26-year-old woman was shot multiple times in her thighs and a 33-year-old man was shot in the arm and abdomen.

All three are in critical condition, police say.

Police are also investigating a double stabbing that took place on the 4700 block of Bleigh Avenue around 11:09 a.m., according to investigators.

Police say both men are currently being held by law enforcement and no weapon was recovered.

Sunday night, around 6 p.m., police were called to Orkney Street for a quadruple shooting. Four men were treated for gunshot wounds to their legs. All are in stable condition.