Officials are investigating after a two-story Bucks County home was leveled in an explosion on Tuesday. FOX 29's Joyce Evans has the latest.

DOYLESTOWN - Officials are investigating after a two-story Bucks County home was leveled in an explosion on Tuesday.

Around 10 a.m., crews responded to the 4300 block of Biddeford Circle in Doylestown.

All residents were accounted for, according to police. No injuries were reported.

PECO was on the scene and cut electricity to the neighborhood while the investigation was active. Police said they believed service would be turned back on within a few hours. 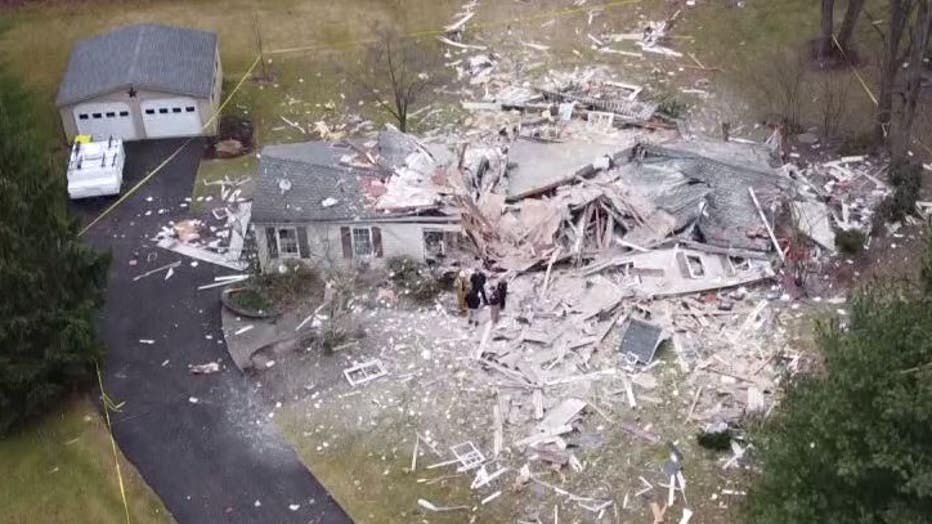 Authorities are investigating after a Tuesday morning explosion leveled a Bucks County home.

Buckingham Township police said the area does not have natural gas service and the explosion may have been a result of a propane leak.

"It's a total loss for the family. I'm sure the community will surround them and support them—help them back on their feet. It's who we are," Buckingham Police Sgt. Will Moffett said.

The cause of the explosion remains under investigation.