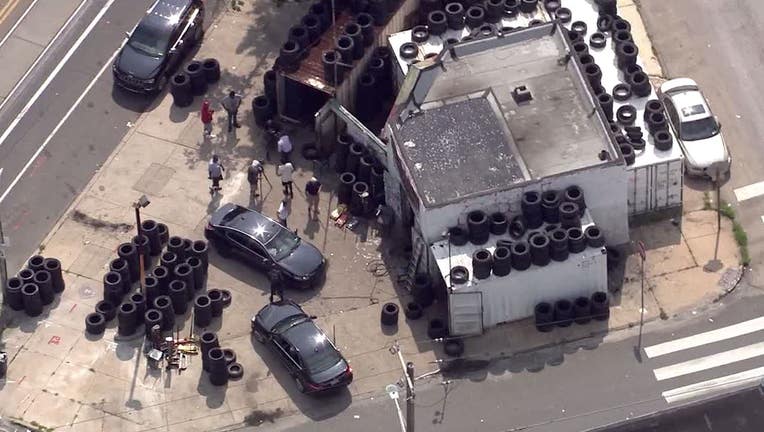 WEST PHILADELPHIA - A father tossed his 1-year-old child from a car in order to protect him during an assault in West Philadelphia Wednesday, according to police.

The incident occurred around 9:45 a.m near North 42nd and Lancaster streets.

The victim was transported to Penn Presbyterian Medical Center. His condition is unknown at this time.

The child was transported to the Children's Hospital of Philadelphia for an abrasion to his forehead. He is listed in stable condition.

The woman, who has yet to be identified, was arrested.