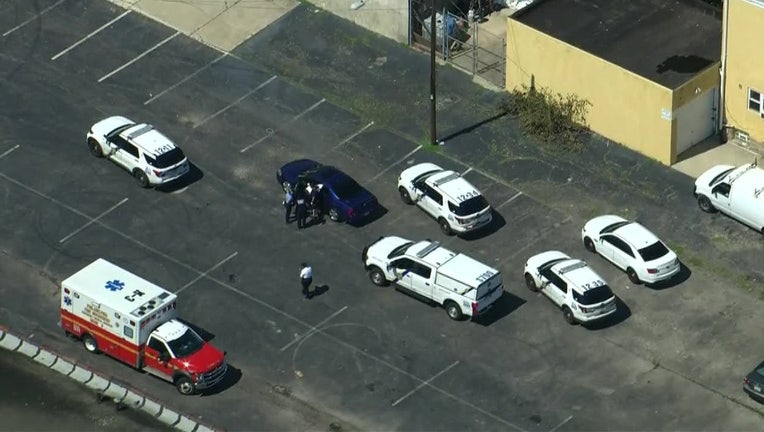 PHILADELPHIA - Authorities say a driver was killed after being followed into a parking lot by a gunman in another vehicle Friday afternoon in Philadelphia.

Officers from the Philadelphia Police Department were called to the 7200 block of Elmwood Street just before 3 p.m. for reports of a shooting.

Police found a 43-year-old man behind the wheel of a car suffering from a gunshot wound to the armpit. He was pronounced dead at the scene.

Investigators believe the victim was followed into the parking lot by a gunman in a white Chevy that fled after the shooting.

Police say a weapon and a spent shell casing were found in the victim's car.