SOUTH PHILADELPHIA - Police say an impaired driver who allegedly ran over a 12-year-old bicyclist Wednesday afternoon in South Philadelphia tried to flee the scene of the crash but was beaten and left with serious injuries.

According to police, a 59-year-old man was attempting to pass a car on Oregon Avenue around 5 p.m. when he slammed into a 12-year-old boy who was riding his bike in the bike lane. Police say the child became lodged underneath the truck and was dragged over 200 feet. 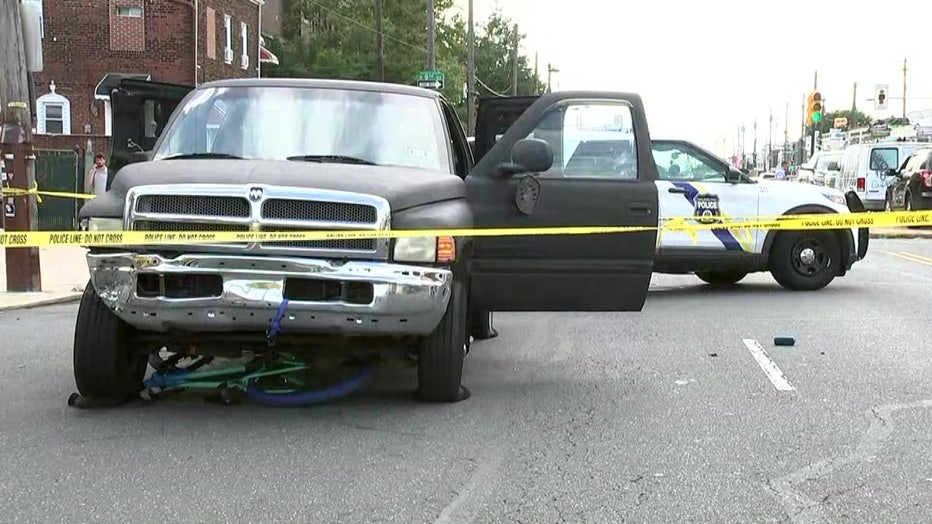 Police say a 12-year-old is expected to be okay after he was struck by an impaired driver.

The unnamed driver tried to run away, but police say he was stopped and beaten by a person or group of people near 8th and Oregon streets. Police found the man with cuts to his face and head trauma.

The boy was taken to St. Christopher's Hospital for Children and placed in stable condition with multiple leg injuries, according to police.

In a Thursday afternoon update, police said the driver smelled of alcohol when he was taken to the hospital by medics in critical condition. He is will face DUI charges and related offenses, according to police.