Man accused of firing into crowd in Kensington dies after being shot by officers, police say

Philadelphia police shot and killed a man who allegedly fired shots into a crowd in Kensington Thursday night.

NORTH PHILADELPHIA - Philadephia police say two undercover officers shot and killed a man who they saw open fire into a crowd during a street fight in Kensington on Thursday night.

Two officers from the Narcotics Field Unit were driving in an unmarked patrol car on the 3000 block of North Water Street around 6 p.m. when they encountered a large street fight, according to police.

Investigators say the officers stopped at the corner of Water and Clearfield streets to break up the fight when an unknown group of people started striking their car.

Officers then allegedly saw a 40-year-old Hispanic man fire a gun twice into the crowd and once into the air. The officers exited the car and followed the man down the sidewalk.

"The fight was so chaotic in fact they were bumping into the officers' cars. As they began to exit the vehicle to see if they could break up the fight they saw an individual produce handgun in the crowd," Sgt. Eric Gripp said. 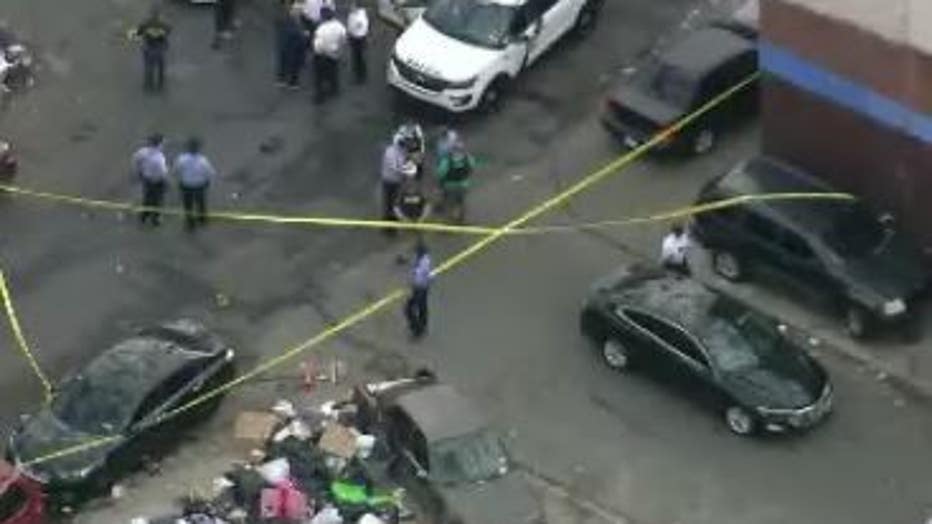 When the officers identified themselves as police and told the man to stop, investigators say the suspect turned around and pointed his gun at the officers. According to police, both officers opened fire and struck the man in the stomach and shoulder.

He was taken to Temple University Hospital where he died, police said. Both officers were uninjured.

"While I am thankful that no additional individuals were hurt during this shooting, the loss of life affects all those connected to the incident," Police Commissioner Danielle Outlaw said. "This latest police-involved shooting proves once again that dangerous situations can, and do, arise at a moment’s notice."

Outlaw said that both officers have been placed on administrative leave pending an Internal Affairs investigation.