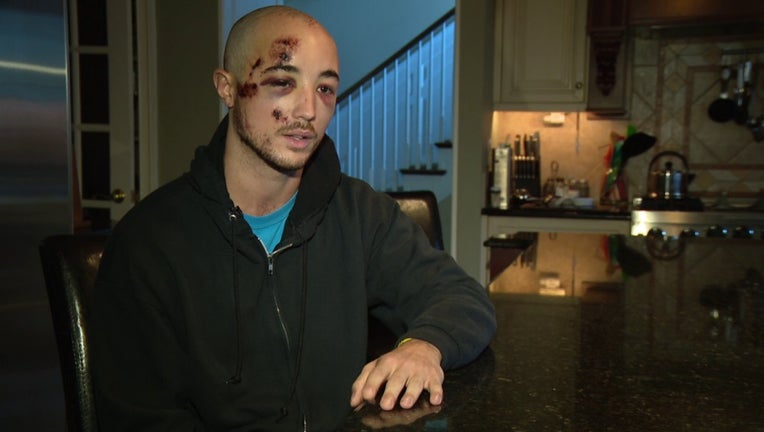 The incident occurred near 78th Street and Landis Avenue on Sept. 1.

Tom Ruggieri, 23, of Malvern, was left with serious bodily injuries.

"My head hit the windshield. They had to take 20 shards of glass out of the side of my head," Ruggieri told FOX 29's Jennifer Joyce. "The only thing I really recall is the sound of me hitting the windshield, it was just that loud whack."

After regaining consciousness, Ruggieri woke up to find himself lying in the street and missing a shoe. He called his friends, who were a few blocks away, and they called 911. Later that morning, he was transported to Penn Presbyterian Medical Center, where his mother works as a trauma nurse.

Ruggieri, a senior, is unable to return to school for the fall semester due to the injuries he sustained.

A month-long investigation led police to identify the suspected driver as 43-year-old Wendi Rodriguez-Cuevas, of Pleasantville.

Rodriguez-Cuevas was arrested and charged with fourth-degree assault by auto and related offenses. He released on a summons per New Jersey Bail Reform.