SOUTH PHILADELPHIA - Authorities say a man is expected to survive after he escaped a hail of gunfire in broad daylight Thursday afternoon in South Philadelphia.

Officers responded to the 2000 block of Snyder Avenue around 10:30 a.m. for reports of a shooting. A 28-year-old man was found in the street with a gunshot wound to the ankle.

According to police, three gunmen unloaded more than 70 shots at the victim. Sources say he is a known gang member.

Bullets struck homes and cars up and down the block.

Sources also say the gunmen were lying in wait across the street and when the victim pulled into a parking spot, they got out of the car and opened fire just as a SEPTA bus passed by. 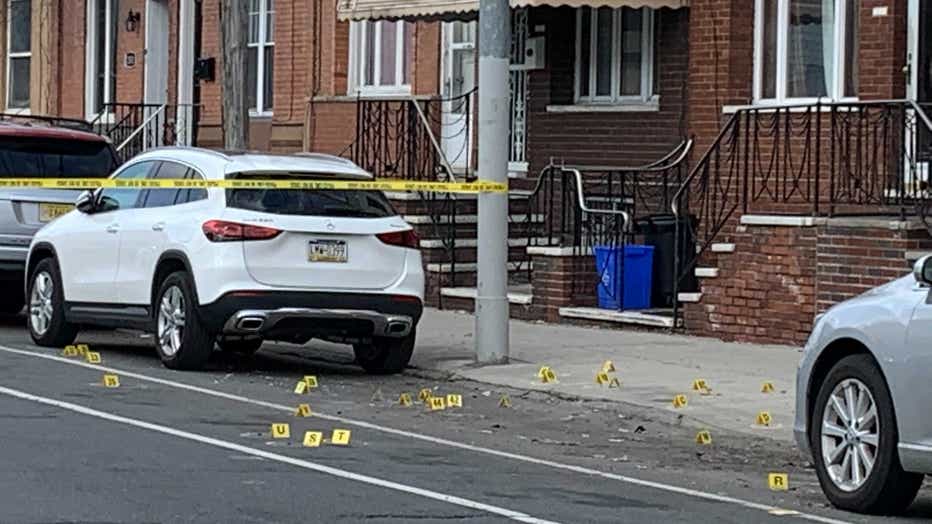 Over 50 spent shell casings were scattered at the scene.

The victim, who has not been identified by police, was taken to Penn Presbyterian Hospital in stable condition.

No arrests were reported immediately following the shooting. Over 50 spent shell casings were found scattered on the street.

Police do not know what sparked the gunfire.