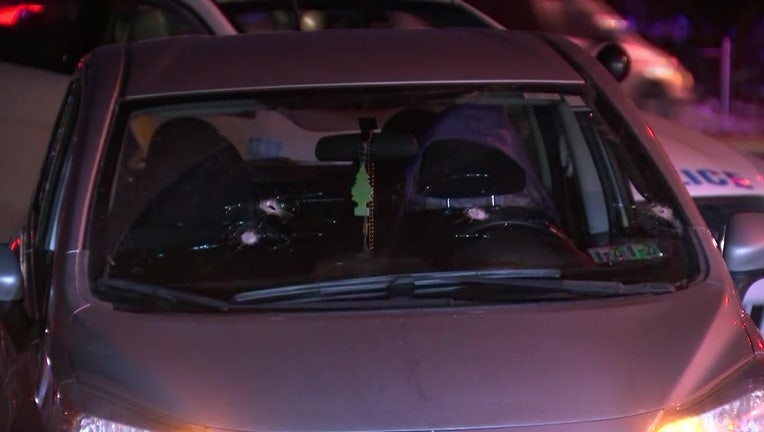 Police say a man and woman were injured when their car was peppered with bullets Sunday night in Crescentville.

CRESCENTVILLE - Philadelphia police say two children were unharmed after the car they were in was struck by gunfire that grazed a man and a woman Sunday night in Crescentville.

Officers from the Philadelphia Police Department responded to the 4900 block of Whitaker Avenue around 7 p.m. for reports of gunfire.

Police say a 35-year-old woman suffered a graze wound to the nose and a 25-year-old man was grazed in the upper arm. Both victims were taken to Einstein Medical Center in stable condition.

The children were not harmed during the shooting and accompanied the victims to Einstein, according to police.

No arrested have been reported. It's unknown what sparked the gunfire.