FOX 29's Kelly Rule reports from Temple University Hospital after a police officer was injured in a Kensington crash overnight.

KENSINGTON - A police officer is injured after being struck by another driver while responding to an incident in Kensington.

The incident occurred just after 2 a.m. Saturday at C and East Somerset streets.

Officials said the 35-year-old officer was transported to the hospital with minor injuries after being rescued from his police cruiser. 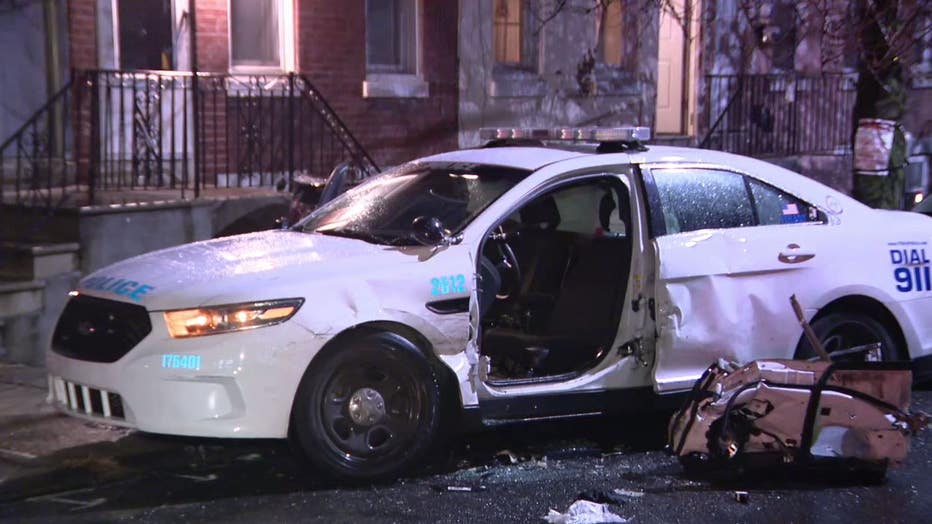 A woman driving the striking vehicle was transported to the hospital, but is expected to be OK.