Husband of Bucks County woman missing for 2 months in custody

Police in Sellersville responded to the home of a woman who was reported missing nearly two months ago. Beth Capaldi, 55, was last seen by her husband at the home on Oct. 10, according to police. A source told FOX 29 Stephen Capaldi was taken into custody on Friday after he lead investigators 40 miles to a wooded area near the Philadelphia International Airport.

SELLERSVILLLE, Pa. - The husband of a Bucks County woman who police say went missing nearly two months ago is in custody, according to a source.

Elizabeth Capaldi, 55, was reported missing Oct. 12 from her home on the 200 block of High Street in the Sellersville neighborhood.

The prosecutor's office said Capaldi's husband, Stephen Capaldi, was the last one to see her at the house two days before her being reported missing.

Sources tell FOX 29 Stephen was taken into custody on Friday after he lead detectives over 40 miles away from the home to a wooded area near Philadelphia International Airport. 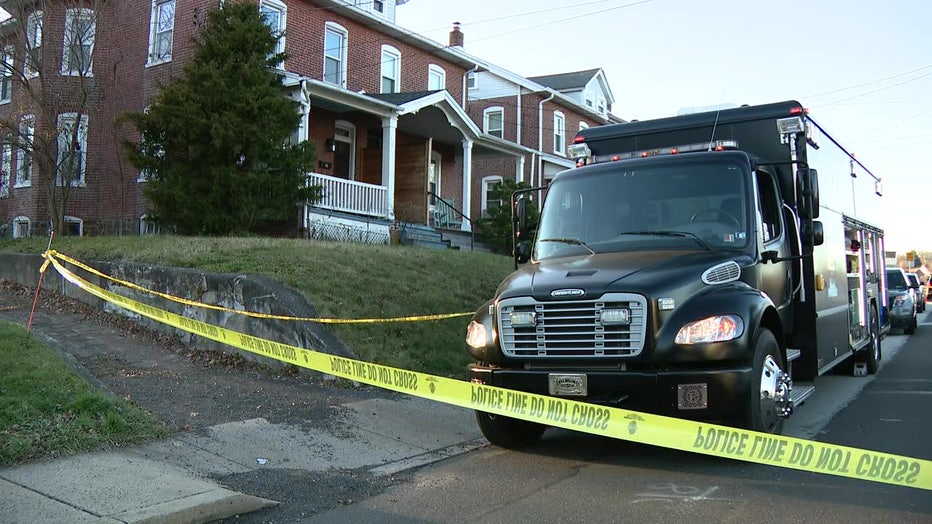 A large truck from the Bucks County detectives home sits outside the home of Beth Capaldi, who was reported missing nearly two months ago.

A large Bucks County Detectives truck parked outside the house Friday as investigators in white jumpsuits removed possible evidence from the property.

Numerous search parties have scoured the area in search of Capaldi since her disappearance. Friends and neighbors lit candles on the sidewalk outside the home as the investigation unfolded.