Police released surveillance video&nbsp;of a vehicle in connection with a deadly hit-and-run in North Philadelphia.

NORTH PHILADELPHIA - Police released surveillance video of a vehicle in connection with a hit-and-run in North Philadelphia that left a father of five dead.

Investigators are seeking the public's help in identifying the driver of a vehicle described as a white sedan with a sunroof. They believe the driver may have information to help in the investigation. Police have not said if this was the striking vechile.

The incident occurred just after 10 p.m. Monday on the 2900 block of North Broad Street.

Police said the victim was crossing midblock when he was struck by the driver. Officers discovered Karon Underwood, 36, in the inner southbound lanes, suffering from head trauma and completely unresponsive. Underwood was pronounced dead a short time later.  According to investigators, Underwood was not in a crosswalk. 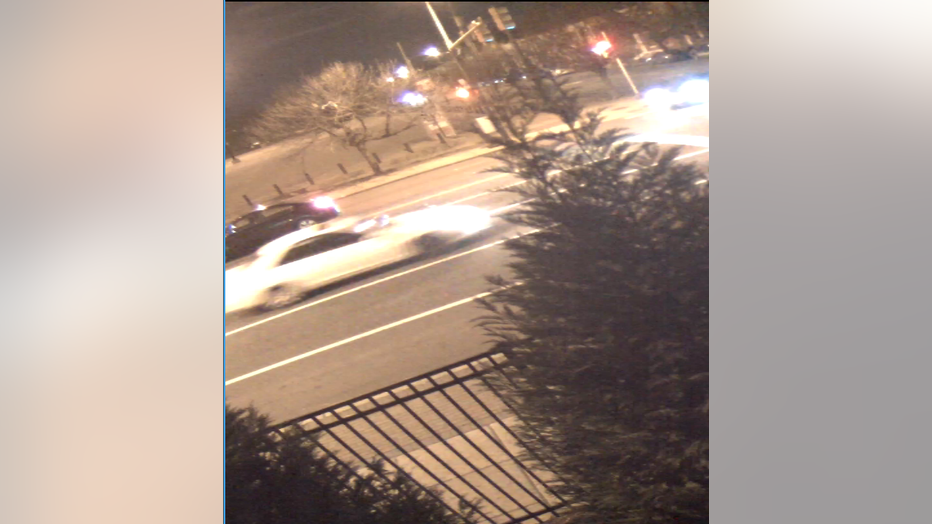 Police released images of a vehicle in connection with a deadly hit-and-run in North Philadelphia.

"You still have time to do the right thing and turn yourself in. If you're not sure of what you hit and you have damage to your vehicle and you were on the 2900 block of North Broad Street last night, please come forward," Philadelphia Police Captain Mark Overwise said.

Underwood, of the 4700 block Leiper Street, also had relatives in South Jersey. They say he called between 8 p.m. and 9 p.m. Monday to say he’d been attacked by the mother of one of his children and was told to go to the hospital.

Police say the medical examiner’s preliminary report shows the car-strike was the death blow, but stab wounds may be found in a full examination.

If you have any information, please contact the Philadelphia Police Department's Accident Investigation Division at 215-685-3181 or provide information anonymously to 215-686-TIPS.