Police have released video of a shooting that left a 24-year-old man dead earlier this month.

PHILADELPHIA - Philadelphia police are looking to identify three gunmen, as well as a passenger, they say were involved in a deadly shooting earlier this month in Grays Ferry.

Video shows a white 2016 to 2020 Jeep Grand Cherokee Laredo, occupied by at least four people, drive up to the victim as he was walking to a nearby corner store.

The Jeep can be seen coming to a stop as a rear passenger emerges from the vehicle and opens fire. The driver and front-seat passenger can also be seen shooting at the victim through the window of the car, according to police. 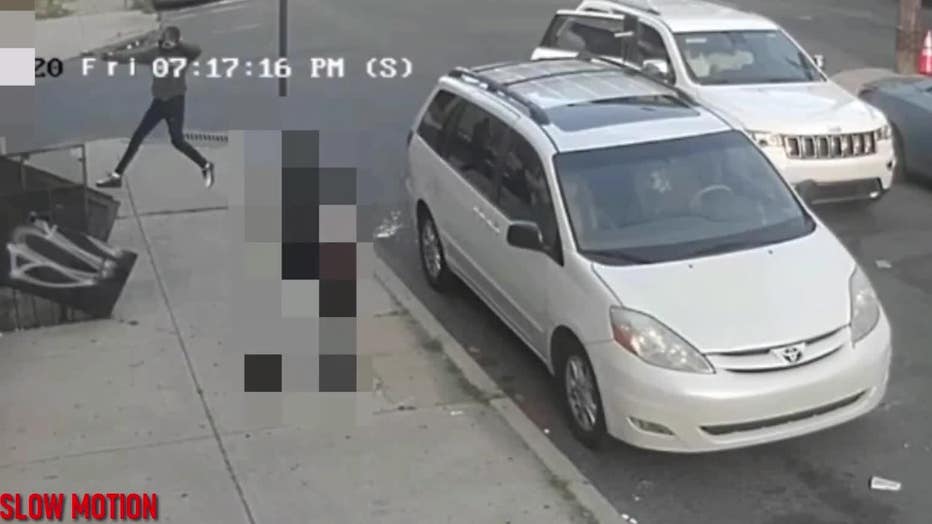 The victim was shot multiple times and later died at the hospital.

Police have described the three gunmen as Black males. The rear passenger who got out of the car is described as having a thin build, short-cropped hair. He was wearing a colored hooded sweatshirt, black pants, and white and black shoes. The suspect was also wearing a black mask.

The front seat passenger could be seen wearing a light-colored shirt with the letter "P" on the chest.

Police have not yet provided a description of the fourth person in the car.

As is the case with all homicides, the City of Philadelphia is offering a $20,000 reward for information leading to an arrest and conviction.

Anyone with information about the incident or the suspects is asked to contact police.