Police hope you can identify a group of men wanted in an assault.

PHILADELPHIA - Police hope you can help them identify a group of men wanted in connection with an assault in Spring Garden.

"I seen some guys running down the street. I was watching TV and I had my window open," said Margarita Torres. She says a loud commotion led her to her front door after a bunch of guys ran past her apartment. She did not expect what she found.

"I came out and I see the other guy just stomping the guy's face and I was like oh my God. I just pulled out my phone and called 911," she said. 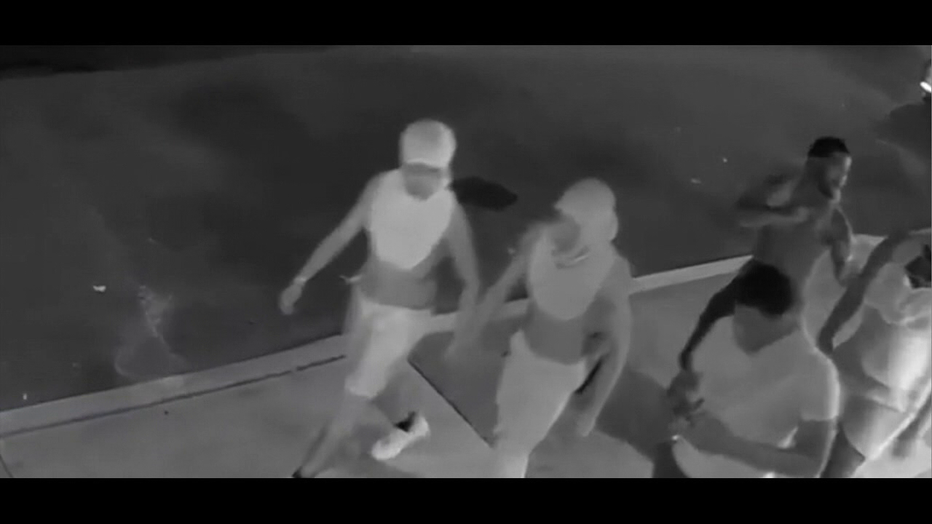 It happened on a section of brick pavement just a few feet away from her front door on the 600 block of North 17th Street in Spring Garden between 9 and 10 p.m. on Friday, July 26.

"They were right like right there," said Vanessa Morales, who came outside along with Margarita.

"It was a guy. It was a couple of guys. But I know the guy right there he was getting stomped," said Vanessa.

Police released surveillance video of who they believe are the suspects. They tell FOX 29 the victim is 32-years old and was with two other men walking on the block when a group of males came up from behind and hit the 32-year-old in the back of his head. They also attacked the two men with him.

Margarita says the victim was bleeding from the nose and that she gave him ice and tissues until paramedics got there.

"The guys thanked me and everything. I called the ambulance and police. They came up one-ways and everything. They were gone already and the guy got his face all busted and that wasn't right," she said. Margarita says a lot of students live in the neighborhood with the Community College of Philadelphia close by.  She says the victims were going to a party at an apartment a few doors away from where she lives.

She does not believe the suspects are from her neighborhood.

"They ran straight up 17th Street toward Fairmount so it's not nobody from down here and it's a shame. We're not safe in our own community," she said.