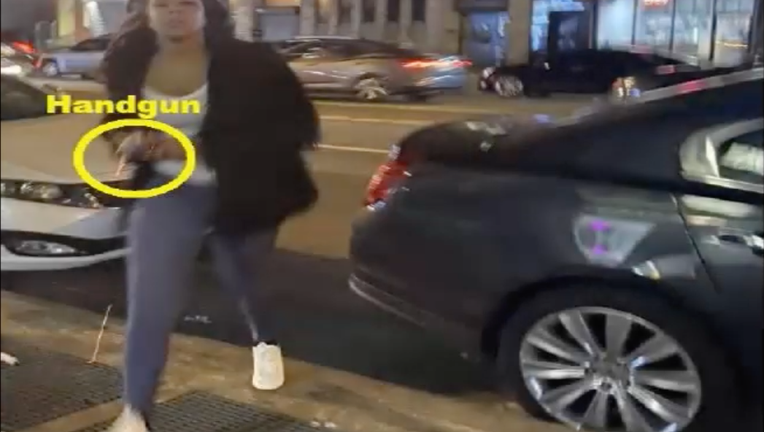 LOGAN - Philadelphia police are searching for a woman who they say stabbed another woman in the face with a key and threatened to shoot her during an attack outside a store in Logan on Friday night.

Investigators on Wednesday night released a picture of a woman accused of attacking the victim outside Lee's Beer Store on the 4900 block of North Broad Street around 6:30 p.m.

During the attack, police say the victim was punch, strangled, stabbed in the face and had her head smashed against the sidewalk. According to police, the attacker grabbed a handgun from a dark-colored Lincoln MKS and threatened to shoot the victim.

Police believe the alleged attacker is around 6 feet tall with straight black hair. At the time of the assault, she was wearing a black jacket with fringe, a white shirt, blue jeans and white sneakers.

Anyone with information on this incident is asked to contact Northwest Detective Division at 215-686-3353.