Two men, including an 18-year-old, are in the hospital after police say they were firing semiautomatic weapons in West Mount Airy, prompting at least one responding officer to discharge his firearm.

The incident happened at approximately 10:15 p.m. on the 300 block of Glen Echo Road in the West Mount Airy section of the city.

When officers arrived they were met with the occupants of the home and began to speak with the family inside of the living room area. Police say the officers learned that the call was in reference to an ongoing domestic assault allegation and that no firearm was involved in the incident. Due to the ongoing disturbance inside of the residence, one officer stepped out onto the front porch and spoke with two members of the household. 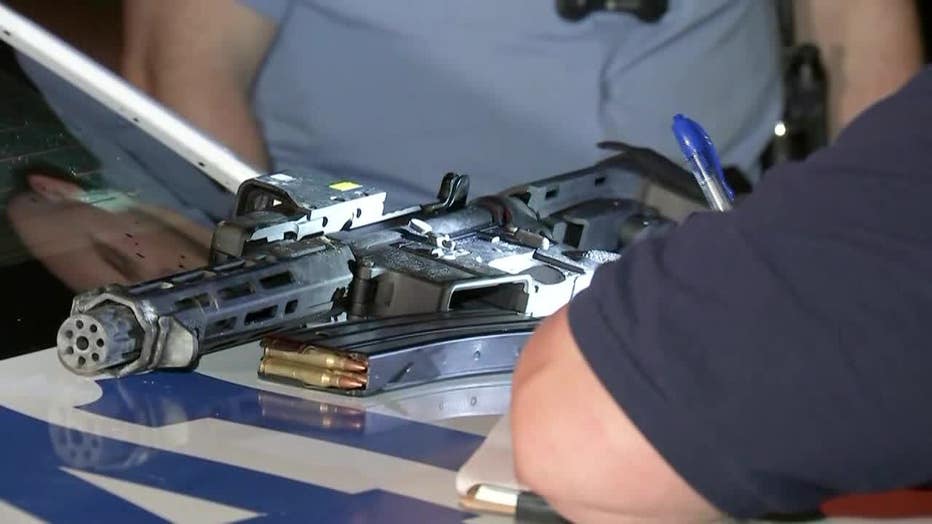 Police say the suspects were firing a rifle and handgun when they encountered officers.

According to police, one officer discharged his firearm, striking both men.

An 18-year-old man was shot and wounded in the leg while a 23-year-old man suffered a graze wound to the face.

"This incident serves as yet another example of the type of dangers Officers and Civilians face on our streets," said Police Commissioner Danielle Outlaw. "The ease of access to weapons is one symptom of a much larger problem; a problem upon which we must work together across all city agencies and with our law enforcement partners. I am thankful that no civilians or police officers were hurt during this incident and that the injuries sustained by the offenders were not more serious. With that said, the incident is under full review and the officer involved has been placed on administrative duty pending the outcome of the Internal Affairs investigation."

All three officers were wearing body cameras. Police say the investigation into the shooting is ongoing.

Two men, including an 18-year-old, were hospitalized after police say they were firing semiautomatic weapons in West Mount Airy, prompting at least one responding officer to discharge his firearm.