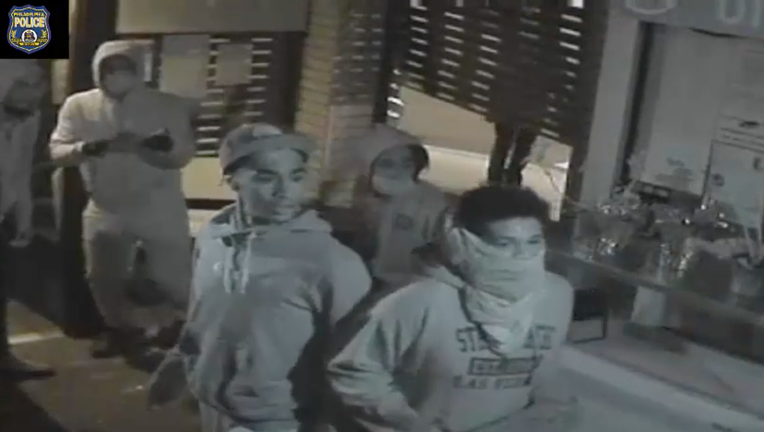 Police say people forced entry Sunday night to a pharmacy on the 2300 block of Ridge Avenue through a window and can then be seen on surveillance video looting the business.

The incident happened at approximately 9:51 p.m. at a pharmacy located at 2337 Ridge Avenue.

The unidentified suspects entered the pharmacy through a side window.

Officials did not provide descriptions, but if you have any information regarding this incident they ask that you please contact Central Detective Division at 215-686-3093/3094.

Police are seeking the public's help to identify at least four suspects who broke into Tang Pharmacy on the 5600 block of North 5th Street early Tuesday morning.

A second incident happened at approximately 2:30 a.m. Tuesday at Tang Pharmacy located on the 5600 block of N 5th Street.

Police say a large group of unknown males gained entry by peeling back the security gate and shattering the window with a large rock.

Once inside the offenders reportedly took various items from the store causing a large amount of damage to the interior of the store.

According to authorities, the offenders then fled the area on foot in multiple directions.

The suspects in the second incident are described as follows:

Suspect #1: Black male, late teens to early 20’s, stocky build, wearing a mask and sweatshirt with lettering on the front.