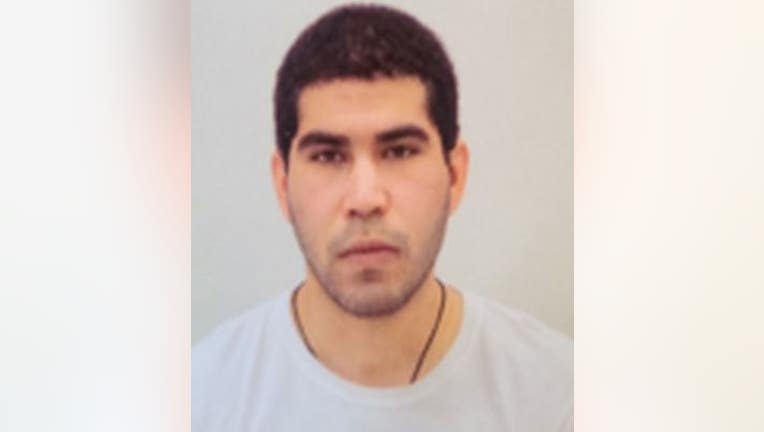 Wagner Tejeda-Pena, 24, is wanted for allegedly shooting a 76-year-old man who was out on his routine morning walk in Philadelphia in June 2022.

PHILADELPHIA - Police have announced the name of a homicide suspect wanted in connection with the fatal shooting of a man in Philadelphia.

Authorities say 24-year-old Wagner Tejeda-Pena is wanted for the murder of 76-year-old Loi Nguyen, who was found shot once in the head near his driveway in the alleyway behind L and Claridge Streets in late June.

Authorities say a man, identified by family members as 76-year-old Loi Nguyen, was shot in the head on his routine morning walk. Nguyen is remembered by neighbors for his friendliness.

According to police, Ngueyn was out for his routine morning walk in his neighborhood when he was shot unprovoked.

The incident was captured on surveillance video and footage from a neighbor is believed to show Tejeda-Pena running down an alleyway towards Hunting Park after the shooting.

Police say the suspect is also wanted for an aggravated assault on the 1200 block of East Luzerne Street that took place about 15 minutes before the deadly shooting.

According to authorities, Tejeda-Pena pulled out a handgun on two people and pulled the trigger several times, but the gun malfunctioned and did not fire. The two people then engaged in a physical altercation with the suspect in an effort to disarm him, but he fled, authorities say.

Neighbors who knew Nguyen told FOX 29's Kelly Rule that he was known for his friendliness.

"You don't have nothing inside your soul just to do that to a man that's so innocent and talks around, literally walks around" Nguyen's neighbor Yolanda Diaz said.

Video shows shooting that killed man, 76, while out on morning walk in Philadelphia

Philadelphia police have released new video of a shooting that killed 76-year-old Loi Nguyen while he was out on his daily morning walk Tuesday morning. Police are searching for a suspect who was wearing a red hoodie.