Police say a trooper shot a driver following a chase and crash on I-95 in Delaware County Tuesday afternoon.

PHILADELPHIA - Police say a trooper shot a driver following a chase on I-95 in Delaware County Tuesday afternoon.

SkyFOX was over the crash scene shortly after Pa. State Police say the 28-year-old driver of a 2002 Ford Taurus failed to pull over for troopers during a traffic stop on I-95 in Delaware County. Police gave chase, pursuing the driver for 5 miles south towards Delaware. 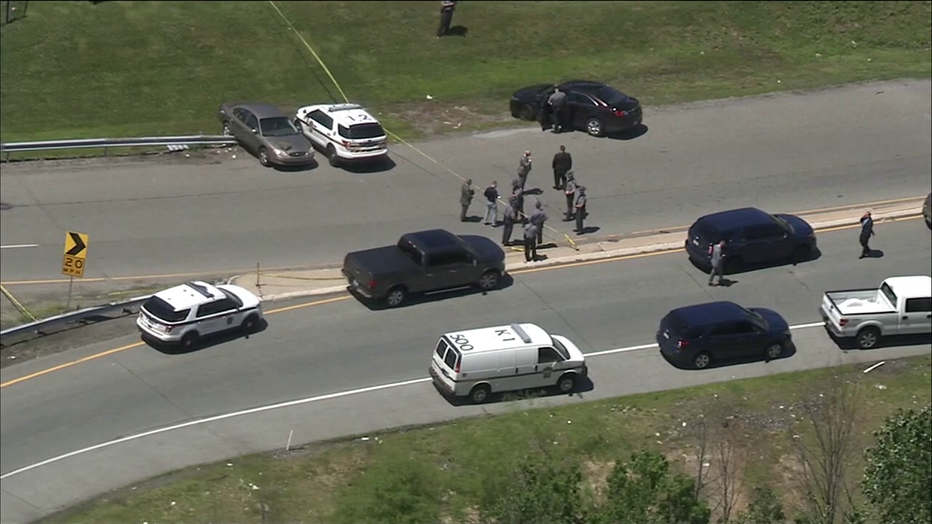 Police say when the driver went off the exit, drove over a median to get back on the highway, the trooper used his SUV to pin him in against the guardrail. When the suspect attempted to drive away, the trooper fired at least one round, hitting the man in the leg.

The driver was taken away in an ambulance as investigators spent the afternoon combing the grass for clues piecing together the wild afternoon on I-95.

Both vehicles were towed away for processing. Police say the driver, who has yet to be identified, was wanted out of Chester County on a probation violation from a forgery charge.